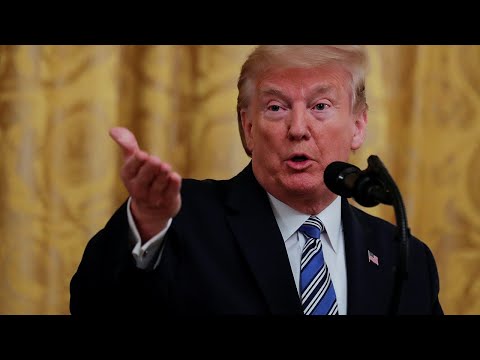 In at least 10 areas, Trump has inflicted a severe injury on the American public, on the country as a whole, and on America's reputation abroad. Unless measures are taken by a new President to reverse the consequences of Trump's reckless actions and policies, they will permanently erode America's global standing, degrade our democracy, tear apart our social fabric, and compromise our constitution that held the country together for two and a half centuries.

Donald Trump ran for office using the slogan "make America great again." America was great before he came to office, but sadly three and a half years later under his leadership, America's greatness appears to be in the distant past. In less than one term in office, Trump systematically chipped away brick by brick at America's magnitude and made the office of the Presidency a laughing stock in the eyes of small and major powers alike. Whereas countries around the world used to show tremendous respect and admiration for America as a country, for its social and political values, cultural riches, scientific innovation, and commitment to human rights, under Trump America's star has dimmed precipitously and ominously to a point from which it may take years to recover. Electing Trump for another four-year term in office will set America too far back, causing major damage on many fronts that may well be irreversible.

On a number of occasions, Trump intensely criticized our European allies while praising our adversaries, and undermined the importance of NATO -- an alliance that constitutes the security bedrock of the Western hemisphere while serving the US' national security interests in the European continent. As such, Trump has played directly into the hand of Russia's President Putin, which is precisely what Putin was hoping for. Trump's withdrawal from the internationally-negotiated Iran deal only deepened the already adversarial relations with Tehran. He abruptly decided to withdraw American forces from Syria, and although some American troops remained behind, he has weakened the US' influence in the region, which further strengthened Russia's and Iran's foothold in Syria to the dismay of our Middle Eastern friends and allies.

Furthermore, Trump failed miserably to denuclearize North Korea, naïvely thinking that he could use his "magical negotiating skills" to persuade its dictator Kim Jong Un to dismantle his nuclear arsenal. Instead, by meeting the North Korean despot three times, he legitimized him and left him free to resume testing nuclear warheads and ICBMs.

Trump's trade war with China was defunct from the start, as it mostly punished American farmers who could not export their produce to China. He proposed the "deal of the century" presumably to forge an Israeli-Palestinian peace without any Palestinian input, which died on arrival. Recently he gave Israel, through Secretary of State Pompeo, the green light by stating that it was up to Israel to decide on annexing more Palestinian territories, thereby scuttling any prospect for an Israeli-Palestinian peace based on a two-state solution.

By his actions or inactions on major foreign policy issues, by his misleading statements and failure to work closely and consult with our allies in Europe, the Middle East, and Asia, and by largely disengaging from world affairs, Trump lost his credibility. As a result, he squandered the US' international leadership role, which had been central to the relative global stability since World War II.

Party polarization has certainly increased drastically under Trump. According to Gallup data, Trump faces the highest degree of political polarization than any post-WWII president, especially during his second and third years in office. He played a major role in dividing the country on a number of critical issues, including climate change, the appointment of hyper-conservative judges (some of whom have been rated "not qualified" by the American Bar Association), and women's reproductive rights. Political partisanship under Trump became the norm in Washington regardless of the issue at hand, which often led to Congressional paralysis.

"Us vs. them" became the mantra that governed nearly every encounter between Republican and Democrats. The saddest aspect is that political polarization seeped into the public domain, instigating intense personal loathing, often destroying friendships and even estranging family members from one another. The use of demeaning and dehumanizing language in Trump's public rallies and disgraceful tweets has served to engender hatred and further polarize the nation, poisoning the atmosphere between many Democrats and Republicans.

However, given that this is an election year, he will remain a divisive figure because he still believes that dividing the country gives him the best chance of winning, through bolstering his base and sowing distrust of the Democrats. To be sure, Trump will deliberately continue to contribute to the social and political divide as a means by which to advance the Republicans' conservative agenda. Notwithstanding the fact that some Republican Congressional leaders, especially those who running for reelection, will keep some distance away from him, the party as a whole has no choice but to continue to support him and to keep his base happy, irrespective of the harm being inflicted on the general public.

Deregulating climate change
The scientific evidence of climate change is incontrovertible as it manifests itself in massive forest fires, rising sea levels, unprecedented hurricanes, the destruction of coral reefs and marine life, and growing contamination of air and water resources. Leave it to Trump and company, however, to deny the clear signs of anthropogenic global warming and claim that "occasional" severe change of "weather" is not a new phenomenon. Trump mistakenly conflates the weather and the climate, which are not the same. While weather fluctuations are natural, the severity of climate change which we are now witnessing is not normal, and is directly tied to human activities. Sadly, Trump remains oblivious to the long-term repercussions of the climate crisis, which will make the coronavirus pandemic and its terrible toll pale in comparison.

Trump's willful blindness to the reality of climate change led to the US withdrawal from the Paris Climate Accord, citing economic concerns. Although he promised to negotiate a new deal, he never followed through. He claimed disingenuously that "The United States, under the Trump administration, will continue to be the cleanest and most environmentally friendly country on Earth", but then he removed a significant number of environmental regulations in the United States.

He dismantled the 2015 Sage Grouse Conservation Plans to open up more habitats for fossil fuel extraction, issued an executive order to increase logging of forests on federal lands, and allowed offshore gas and oil wells to be drilled in the Arctic. In 2018, he disbanded the EPA's Particulate Matter Review Panel, which could make it easier to roll back pollution standards, and ended NASA's Carbon Monitoring System, which dramatically weakened auto emissions standards. He weakened the Endangered Species Act by decreasing the amount of habitat they need to survive. He dropped climate change from the list of national security threats and finally, his proposed 2021 budget calls for a 26 percent cut to the EPA, eliminating 50 EPA programs and massively cutting research and development.

Trump will be criticized for years if not decades to come for many of his failings on multiple fronts, but the most intense criticism and condemnation he deserves will be about his dismissive position on climate change and its effect on generations to come, which diminishes America greatness rather than makes it great again.