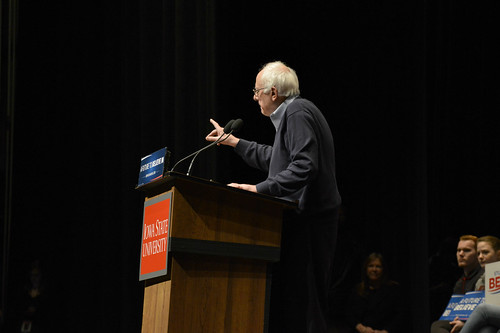 After Democratic presidential candidate Bernie Sanders raised nearly $6 million in campaign funding over 24 hours, CNN's Van Jones discusses with Brooke Baldwin the truly unprecedented phenomenon that Bernie Sanders genuinely is. One really has to start wondering if Sanders' "revolution" is not already won; it seems to be, at the very least, transforming this country in fundamental ways, which the "Establishment", of course, will resist acknowledging until it's obvious to everyone else.

Just as they did with Sanders himself in 2016.