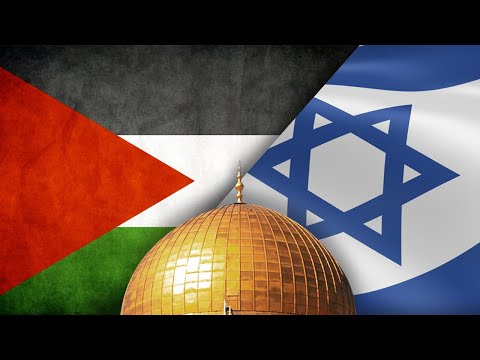 I am addressing this article to the Palestinian Authority with a warning -- having missed so many opportunities in the past to settle their conflict with Israel, it has now reached a point of no return. The mutual recognition between the UAE and Israel does not impede any prospect for resolving the Israeli-Palestinian conflict based on a two-state solution. In fact, it makes it possible, provided that the Palestinians understand that their intransigence will only further undermine -- rather than help -- their prospect of establishing an independent state of their own.

The Palestinian Authority ought to understand that other Arab countries, such as Bahrain and Oman, will sooner than later follow the UAE's initiative, and they too will insist that Israel no longer annex further Palestinian territory. At this juncture the Palestinians cannot stop other Arab states from normalizing relations with Israel, as they in principle have decided that their national interest precedes that of the Palestinians, albeit they will still push and promote the idea of establishing a Palestinian state.

It is time now for the Palestinian Authority and Hamas to understand that there are certain realities they are facing today and can no longer change under any circumstances.

Israel is a dominant power and it is becoming stronger rather than weaker relative to the Palestinians and other countries in the region. Furthermore, without peace, the Palestinians will continue to depend on Israel in a number of ways -- especially economically and in freedom of movement -- for as far as the eye can see.

Further intransigence on the part of the Palestinians, as has been demonstrated in the past, will only allow Israel to entrench itself deeper in the West Bank. Any concessions that Israel may be willing to make today in connection with relocating some settlements, or the extent of land swaps, may no longer be possible in years to come.

The decision by the Arab states to begin a process of reconciliation with Israel is unstoppable, because they have realized that Israel is the singular power in the region that can stop Iran from achieving its objective of becoming the region's hegemon equipped with nuclear weapons. In addition, they want to benefit from Israel's advanced technology, intelligence, and even military training.

Moreover, Israel will continue to receive the support of the United States. Even if Biden becomes president, he will certainly maintain the US' security guarantee. Finally, the PA will be wise to immediately resume contact with the US because there is no power other than the United States (not even the EU, Russia, or China) that can pressure Israel to make any significant concessions.

Every Palestinian who has a say ought to consider these facts and realize that no matter how much they complain or to whom they appeal, no one can change these realities. The so-called support they are receiving from Turkey and Iran is of no consequence. These two countries are merely paying lip service to the Palestinians, when in fact neither Turkey nor Iran really cares about the Palestinians' plight, except to exploit their cause for their own benefit.

It's time for the Palestinians to think of what's best for them, and also realize their own reality. President Abas must understand that his policies thus far have done nothing but further undermine the prospect of a Palestinian state. He surrounded himself with cronies who agree with him, and little if any opposition to the policies he has been pursuing is tolerated. He paralyzed himself, making it ever more difficult for him to change course lest he be accused of compromising, if not betraying, the Palestinians' cause.

It is time for Abbas to recognize that the disunity among the Palestinians is a curse that Israel has been able to exploit for many years. The lack of unity of purpose between the PA and Hamas in particular has inflicted a severe blow to the Palestinians' aspiration for statehood. It is time for both camps to realize that their disunity played directly into the hands of the hard-core Israelis, and finding common ground between them to end the conflict is sine qua non to Israeli-Palestinian peace based on a two-state solution.

Finally, the continued false hope of some Palestinian elements, including the PA, that over time the geopolitical dynamic will change on their behalf is totally inconsistent with the history of the conflict and where things stand today. Thus, it is time for the Palestinians to wake up. Any day, week, or month of continued resistance to changing their attitude and refusing to enter into negotiations with Israel, the more political and physical ground they will lose.

Related Topic(s): Conflict; Hamas; Israel; Palestinian; Palestinian State, Add Tags
Add to My Group(s)
Go To Commenting
The views expressed herein are the sole responsibility of the author and do not necessarily reflect those of this website or its editors.