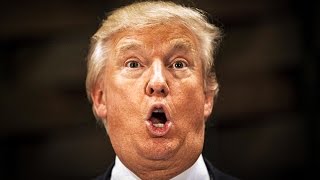 The White House is running like a fine-tuned machine...built by blind monkeys using Play-Doh and bent zippers.

Talk about Meet the Press! Did you see that train wreck of a "press conference" performance from Trump yesterday? Is there any doubt about his sanity and his fitness for office? His wild manic ravings made Jack Nicholson's "You can't handle the truth!" rant look like Mr. Rogers.

It was like watching a twitching paranoid schizophrenic on a couch talking to his shrink -- just an endless whine-fest about all the things he hates and are wrong and how upset he is about the "fake news" that caused his national security adviser to resign (then why did he if it was all fake?). Russia was a ruse and Hillary got the debate questions and gave away uranium and Obama left the economy in ruin and he won the popular vote by a larger margin than anybody in history and the false horrible negative reporting by the media has ruined his chance to "make a deal" with Putin and the media hates him and they lie and why can't anybody ask him a nice question anyway?

Where do you begin? It's not been a month and he's coming apart at the seams. All he knows how to do is campaign. He's going to Florida to campaign this weekend. He hasn't the faintest idea how to be a President. He needs a campaign opponent...so he invented one -- the press. He can't operate without an enemy, so like any good psycho, he invents one. Some have imaginary friends or see imaginary rabbits, Trump has imaginary enemies.

Here are some of the more surreal moments from yesterday's incoherent rambling:

On The Fake News About Russia:

"You know, you can talk all you want about Russia, which was all, you know, 'fake news' fabricated deal to try to make up for the loss of the Democrats and the press plays right into it. In fact, I saw a couple of the people supposedly involved with all of this. They know nothing about it, never in Russia, never made a phone call, never received a phone call. It's all fake news. It's all fake news.

"The failing New York Times wrote a big long front page story yesterday, and it was very much discredited, as you know. It was -- it's a joke. The people mentioned in the story, I noticed they were on television today saying they never even spoke to Russia. Russia is fake news. Russia -- this is fake news put out by the media.

"We have a very talented man, Rex Tillerson, who is going to be meeting with them shortly and I told them, I said, I know politically it's probably not good for me. Hey, the greatest thing I could do is shoot that ship that's 30 miles offshore right out of the water. Everyone in this country is going to say, oh, it's so great.

"If you were Putin, right now, you would say, hey, we're back to the old games with the United States. There's no way Trump can ever do a deal with us because the public -- you have to understand, if I was just brutal on Russia right now, just brutal, people would say -- you would say -- oh that's wonderful, but I know you well enough, then you would say, oh, he was too tough, he shouldn't have done that. Look.

I've been briefed...and I can tell you one thing about a briefing that we're allowed to say ...because anybody who ever read the most basic book can say it...nuclear holocaust would be like no other."

Kathy never expected a career in radio as a talk show producer. Born and raised in Atlanta, Georgia, Kathy was completing her nursing degree when in 2001 - in an emergency - she was asked to fill in as the producer of Mike's program. Within a few (more...)
Related Topic(s): Donald Trump Lies; Leaks; Lunatic Fringe; Press Conference, Add Tags
Add to My Group(s)
Go To Commenting
The views expressed herein are the sole responsibility of the author and do not necessarily reflect those of this website or its editors.