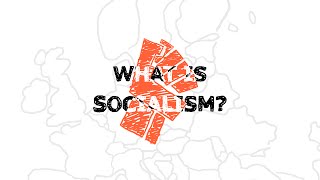 To give you an idea of the deception inherent in socialism, here is a quote from none other than Andrew Carnegie, once one of the richest men in America:

"I believe Socialism is the grandest theory ever presented, and I am sure it will someday rule the world. Then we will have attained the Millennium... Then men will be content to work for the general welfare and share their riches with their neighbors." (The New York Times, 1 January 1885, "A Millionaire Socialist")

Carnegie, of course, like several of his ultra-rich compatriots, devised a method to give away his riches while keeping them: the non-profit foundation.

The last thing on Carnegie's bloated mind was becoming "equal" with the great unwashed.

He was a liar of the first order. He recognized that, when you win the game of free enterprise, your most corrupt bet is to turn around and find every possible way to block others from winning. Then, you stand at the top of the heap, unchallenged.

That is exactly what he had in mind. That's what socialism actually meant to him.

Let's see socialism for what it is. Not in the abstract, but in reality.

The taking of money (taxes) from some people who work for it and giving it to others who don't work for it. On a grand scale.

The vast expansion of freebies doled out by central government. In order to create and sustain dependence.

The government protection of favored persons and corporations, permitting them and aiding them to expand their fortunes without limit, regardless of what crimes they commit in the process. (Monsanto would be a fine example.)

The squeezing out of those who would compete with the favored persons and corporations.

The dictatorship by and for the very wealthy, pretending to be the servant of the masses.

The lie that the dictatorship is being run by the masses.

The gradual lowering of the standard of living for the overwhelming number of people.

Related Topic(s): Bankers; Global Banking Cartel; Global Capitalism; Hitler; Socialism; Socialism For The Rich, Add Tags
Add to My Group(s)
Go To Commenting
The views expressed herein are the sole responsibility of the author and do not necessarily reflect those of this website or its editors.