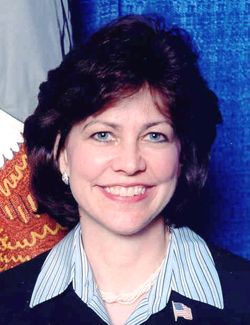 The Alabama judge presiding over the notorious Bush prosecution of former Gov. Don Siegelman postponed the defendant's re-sentencing last week while prosecutors continue to stonewall defense requests for documents showing whether they violated the defendant's right to an honest, unbiased prosecutor.

On the afternoon of Sept. 22, Chief U.S. District Judge Mark Fuller of Montgomery postponed his re-sentencing of Siegelman and co-defendant Richard Scrushy on corruption charges. Decisions by the Supreme Court and other appellate bodies reduced charges, requiring Fuller to review his original seven-year terms.

Siegelman, a Democrat, was the state's governor from 1999 to 2003. He says that authorities for five years have illegally blocked his document requests regarding Middle District U.S. Attorney Leura Canary, portrayed above in an official photo.

She is presumed to have recused herself from his case, according to news reports through the years that have existed as conventional wisdom. William Canary, her husband, was Siegelman's longtime political enemy and the 2002 campaign manager for Bob Riley, Siegelman's Republican opponent in the 2002 gubernatorial election.

"No one [in authority] has ever grasped the magnitude of the recusal issue and why it is the most important issue in this entire case," former Siegelman aide Chip Hill wrote me this week. "Absent proof that the case was conducted without conflict of interest, every action taken in that conflicted environment should be invalidated. That would include the original indictments, the trial, conviction, etc."

Hill surely must have meant no one in power has recognized the significance. Alabama blogger and OpEd News regular Roger Shuler has written hundreds of columns about the case. One was a thorough treatment of the recusal issue last April in, The Siegelman Case: Ten Years of Injustice -- and Counting.

That column included the full text of Siegelman's February 2006 request under the Freedom of Information Act for relevant DOJ documents so he could prepare for trial later, with hopes he could be acquitted that year before Alabama's 2006 gubernatorial re-election.

Fuller last week temporarily transferred certain motions in the case to U.S. District Judge L. Scott Coogler, who is based in Tuscaloosa. Coogler, like Fuller, is a Republican appointee of President George W. Bush. 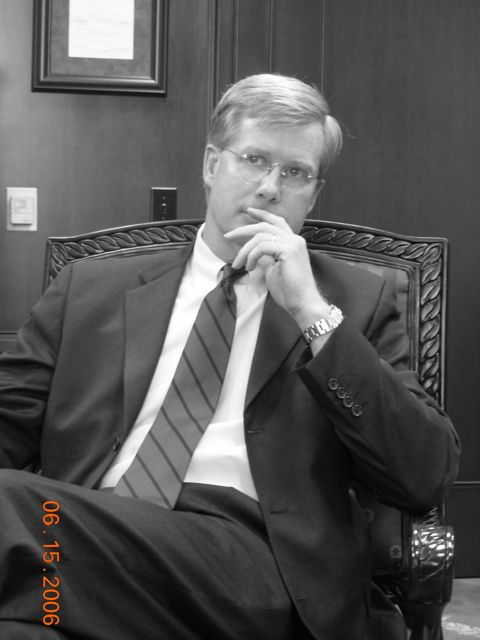 Fuller is shown above in chambers just after the Siegelman jury verdict in 2006. Use of the portrait by OpEd News is with the kind permission of photographer Phil Fleming.

Fuller is heavily compromised by allegations he hated Siegelman and rigged the 2006 trial against Siegelman and Scrushy, former CEO of HealthSouth. Scrushy is serving his term for contributing heavily to a pro-education, pro-lottery non-profit in 1999 at Siegelman's request before Siegelman reappointed him to a state board.

Fuller's original sentence for Siegelman began immediately in 2007 as the defendant was ordered from the courtroom in chains for imprisonment in solitary confinement. This kept the prisoner away from family and the news media. Also, it prevented him from freedom on bond during appeal, which is customary for defendants in white-collar cases. But national outrage about his case helped win his release during appeal in 2008 following CBS 60 Minutes revelations that year describing the unfairness of his prosecution.

The former governor seeks federal records on whether Canary actually recused herself from prosecuting the case, as she claimed. The Bush Justice Department at first responded to Siegelman's 2006 Freedom of Information request by saying no relevant records exist. But hundreds of pages of relevant documents are reportedly now at issue.

As our Justice Integrity Project has found typical in such disgraceful Bush-era prosecutions, the DOJ is continuing to enforce a code of silence amongst authorities, sometimes by ruthless measures and sometimes by lavish rewards. One way, for example, was blackmailing and threatening Nick Bailey, the chief witness against the defendants.

Another in 2009 was to fire Tamarah Grimes, a Republican and the DOJ's top paralegal on the Siegelman/Scrushy prosecution. Grimes claimed vast waste and unfairness in the Siegelman prosecution, including Canary's continued direction of Middle District prosecutors despite her public claim of recusal because of her husband's work.

Her husband, leader of the Business Council of Alabama and a former top staffer in Washington for the Republican National Committee, helped Bob Riley prevail in 2002 over Siegelman. Riley, shown below in his official photo, left office in January as term-limited after his two terms.