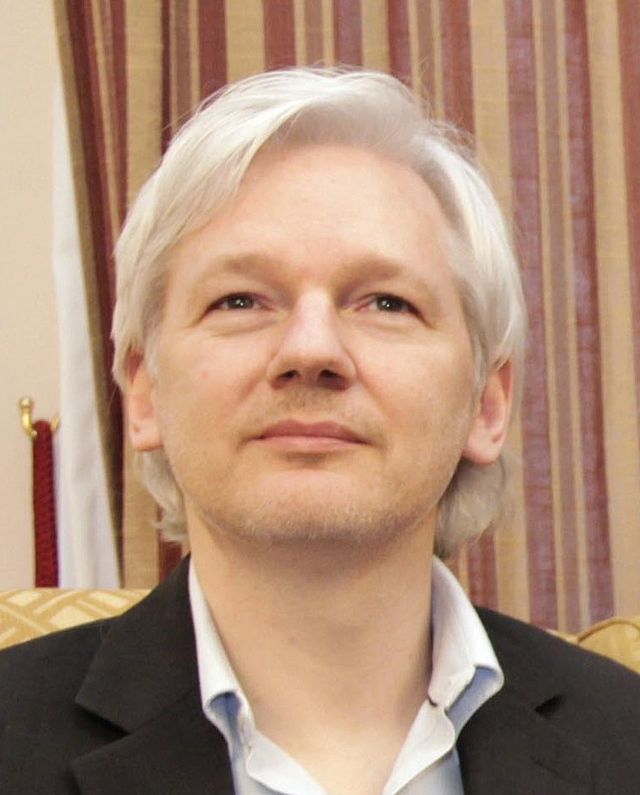 Justice has disappeared in the West. In Justice's place stands Revenge. This fact is conclusively illustrated by Julian Assange's ongoing eight year ordeal.

For eight years Julian Assange's life has been lived in a Kafka Police State. He has been incarcerated first under British house arrest and then in the Ecuadoran Embassy in London, despite the absence of any charges filed against him.

Meanwhile, the entirety of the Western world, with the exception of former Educadoran President Rafael Correa and a UN agency that examined the case and ruled Assange was being illegally detained by the UK government's refusal to honor his grant of political asylum, has turned its back to the injustice.

Assange is locked away in the Ecuadoran Embassy, because to protect him from false arrest, former Ecuadoran President Correa gave him political asylum. However, the corrupt and servile UK government that serves Washington, and not justice or law, refused to honor Assange's asylum. The US vassal known as the UK stands ready to arrest Assange on Washington's orders if he steps outside the embassy and to hand him over to Washington, where a large number of both Democrats and Republicans in Congress have said he should be executed. The Trump regime, carrying on the illegal practices of its forebears, has a secret indictment waiting to be revealed once they have their hands on Assange.

The current president of Ecuador a servant of Washington, Lenin Moreno -- a person so lacking in character that his name is an insult to Lenin -- is working a deal with Washington to rescind Assange's grant of asylum so that the Ecuadoran Embassy in London has to expel Assange into the hands of Washington.

What has Assange done? He has done nothing but to tell the truth. He is a journalist who heads Wikileaks, a news organization that publishes leaked documents -- exactly as the New York Times published the leaked Pentagon Papers from Daniel Ellsberg. Just as the publication of the Pentagon Papers embarrassed the US government and helped to bring about the end of the senseless Vietnam War, the documents leaked to Wikileaks embarrassed the US government by revealing Washington's war crimes, lies, and deception of the American people and US allies.

The allies, of course, were bought off by Washington and remained silent, but Washington intends to crucify Assange for the embarrassment and payoff expense he caused the criminal government in Washington.

In order to assert authority over Assange, Washington is using the extra-territoriality of US law, a claim that Washington bases not on law but on might alone and uses to violate the sovereignty of independent countries. Assange is a citizen of Australia and Ecuador. He is not subject to US law. Even if he were, he has committed no espionage. The false equivlence Washington is trying to establish between the exercise of the First Amendment and treason shows how totally lost are the American people. The silence of the US media demonstrates that the presstitutes don't mind losing the First Amendment's protection as they have no intention of telling any truths.

Washington's secret indictment--it is secret so that two-bit punks such as James Ball can write in the Guardian that Assange faces no threat of arrest --most likely accuses Assange of espionage. But it is not legally possible to accuse a non-citizen operating outside the country of espionage. All countries engage in espionage. Every country on earth could accuse Washington of espionage and arrest the CIA. The CIA could, as it often has, accuse Israel of espionage. Of course, any Israeli, such as Jonathan Pollard, who is convicted of espionage in the US becomes a point of contention between Washington and Israel and Israel always wins. The corrupt Obama regime released Pollard from his life sentence on orders and, no doubt, generous bribes, from Israel.

If Assange were Israeli, he would be home free, but he is a citizen of two countries whose governments place high value on being Washington's vassals.

There was a time in America, many decades ago, when the Democrats stood for justice and the Republicans stood for greed.

There was a time in America, prior to 9/11, when the media would have rushed to the defense of the freedom of the press and defended Assange from his mistreatment and false charges. To be sure that the reader understands the mistreatment of Assange, it is identical to the mistreatment of Cardinal Josef Mindszenty of Hungary whose asylum in the US Embassy in Budapest was not acknowledged by the Soviet government, forcing Mindszenty to live out all but three years of his remaining life in the US embassy. President Nixon negotiated his release in 1971, but the Nixon haters give Nixon no credit for his attention to one man locked away in an injustice part of the earth.

Today there is no such attention to injustice except for the "victim" groups in Identity Politics. Where is the champion of Assange now that Rafael Correa has to live abroad to avoid persecution by Washington's puppet Moreno?

The weakness of the intellect in the West is scary. Caitlin Johnstone tells us about it: "Trump's despicable prosecution of Assange, and corporate liberalism's full-throated support for it, has fully discredited all of mainstream US politics on both sides of the aisle. Nobody in that hot mess stands for anything. If you're still looking to Trump or the Democrats to protect you from the rising tide of fascism, the time to make your exit is now."

Related Topic(s): Assange; Asylum; Injustice; Presstitutes; Revenge; Washington Greed; Wikileaks, Add Tags
Add to My Group(s)
Go To Commenting
The views expressed herein are the sole responsibility of the author and do not necessarily reflect those of this website or its editors.