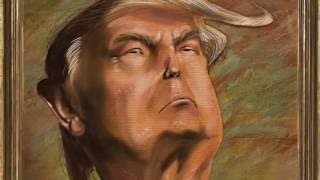 Another school shooting today in Indiana. Nobody died this time. Geezus, when is school out? Then we just have to worry about them getting shot at camp.

So, is the mean tangerine headed to a summit with Kim Jong Crazy or not? The back and forth is ridiculous and only makes the US look foolish -- yet again -- on the world stage. Nobel Prize, gimme a f'n break. If the summit happens it won't be because these two freakish haircuts decided to further the cause of denuclearization and world peace. It will be a stand-off to measure missile size in person.

Borrowing a page from Dubya's script, The Don found a group of soldiers to use as a backdrop for another staged show of phony patriotism. Trump visited the Naval Academy today where he told recent graduates that America is "respected again." What, now that the black guy is outta there? Is that the unspoken message?

"We are witnessing the great reawakening of the American spirit and of American might. We have rediscovered our identity, regained our stride and we are proud again." Proud. No, that's not exactly the adjective I'd use to describe this feeling. More like nausea.

During the speech on Friday, Trump bragged about boosting the size of the military and said that a more powerful army, navy and air force would better protect America.

"The best way to prevent war is to be fully prepared for war," Trump told the graduates. But "if a fight must come, there is no other alternative -- victory, winning, beautiful words, but that is what it is all about."

Kathy never expected a career in radio as a talk show producer. Born and raised in Atlanta, Georgia, Kathy was completing her nursing degree when in 2001 - in an emergency - she was asked to fill in as the producer of Mike's program. Within a few (more...)
Related Topic(s): America; Donald Trump And Kim Jong Un; Donald Trump Narcissist; Military; Penis, Add Tags
Add to My Group(s)
Go To Commenting
The views expressed herein are the sole responsibility of the author and do not necessarily reflect those of this website or its editors.