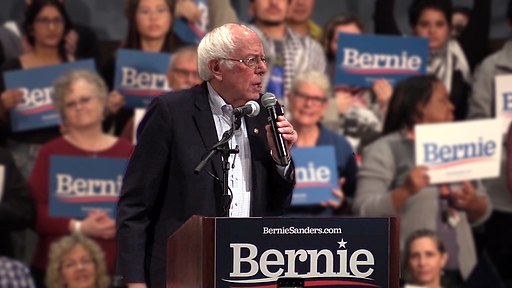 There are very few "accidents" in politics. Most everything happens for a reason.

On the eve of the Las Vegas caucus and a week before Super Tuesday the Washington Post published an article revealing Bernie Sanders had been privately warned by US intelligence officials of potential Russian campaign meddling to allegedly aid his reelection effort.

Apparently he wasn't provided with specific actionable details. Short of monitoring his campaign minions and social media carefully, what should he have done?

The timing of the revelation gives pause for thought. It necessitated Bernie Sanders issuing a last-minute statement, "And look, here's the message, to Russia - stay out of American elections."

Unlike President Trump who blames Democrats and disinformation when referring to Russian involvement in perverting our election, Bernie Sanders has been consistent in his castigation of Russia.

In its February 21st article the Washington Post stated, "Sanders has frequently warned about the threat of foreign interference in U.S. elections and criticized Trump for not doing enough to stop it." It went on to reference a statement by Sanders in January.

"Let me be clear: We must not live in denial while allowing Russia and other state actors to undermine our democracy or divide us" Russia targets the divisions in our society; we will work to heal those divisions."

One has to wonder, with Sanders' consistent condemnation of Russian interference, why at the precise moment as Sanders is surging in the polls did this month-old information spur a mainstream media report.

All of us who follow Democratic politics are aware that the DNC and much of the allegedly progressive media (fellows like Chris Matthews) have concerns because of the suffix at the end of Bernie's political affiliation.

It is understandable that his insistence on calling himself a Democratic Socialist carries negative association in many people's minds; we live in a capitalistic democracy. However, our capitalism and democracy are laden with aspects of socialism.

Any redistribution of wealth run by the government is by its very nature a form of socialism. Education, interstate highways and Social Security share elements of socialism.