Alexandria Ocasio-Cortez, who just turned 29 in October, is the member-elect of the United States House of Representatives for New York's 14th congressional district, is the youngest woman ever elected to Congress. She is a member of Democratic Socialists of America and worked on Bernie Sanders' presidential campaign. New York's 14th congressional district covers parts of the Bronx and Queens in New York City. 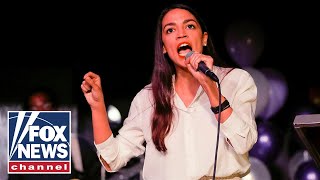