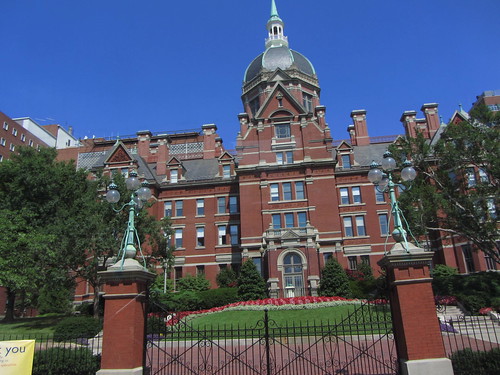 Note: March 30, 2020, 9:58 am: due to comments by alert readers, the source of this information, ie, Johns Hopkins University, became questionable. Johns Hopkins has sent out communications saying that some information is being disseminated in their name that is not from them, and that likely includes the information in the article below. As a result, this article was hidden while research could be done.

The information offered below was discovered on two California doctors' sites. The first site I found it on was the KDT Optometry site, as indicated in the original article. Dr. Khoa D Truong is an optometrist in San Diego. When questions arose, I wrote to him to ask the source of his information, and he responded: "I got this information from Dr. Motwani, MD. as seen on this Facebook post. He is a well known Lasik surgeon in San Diego." and Dr. Truong provided the link. I then contacted Dr. Motwani, and am waiting for a response, which will be included here upon receipt.

Update Mar 30, 10:50 am: Dr. Motwani also responded promptly, saying that while he did not have a citation, "I read it and the information is very good, except for a mistake in the virus description because coronaviruses are RNA viruses. The rest of it is very good info that is relatively basic and can be found in many other locations... I posted it as I thought the recommendations were very good and it is a time that people are afraid and starved for info that can help them...Although a couple of people have caught the mistake on the description, no one has argued about the recommendations!"

Mar 30, 11:59 am: changes have been made to the original article based on Dr. Motwani's suggestions, including:

2. "LISTERINE IF IT SERVES! It is 65% alcohol" has been removed as Dr. Motwani states that it it wrong.

Mar. 31, 2020: the item, "Any mix with 1 part bleach and 5 parts water directly dissolves the protein, breaks it down from the inside" has been removed, as the U.S. Centers for Disease Control and Prevention notes correct proportions: "The bleach solution for disinfecting surfaces should be '5 tablespoons (1/3rd cup) bleach per gallon of water OR 4 teaspoons bleach per quart of water.' That means a ratio of one part bleach and nearly 50 parts water. "

The info listed below says that "The strongest vodka is 40% alcohol" but this is incorrect. These vodkas have higher alcohol content: New Jersey Devil Springs Vodka is 80% alcohol; Balkan 186 vodka is 88% alcohol, Pincer Shanghai Strength vodka is 88.88% alcohol, and Spirytus Stawski, with 96% alcohol, is world's most strongest and potent liquor.

It has been decided to unhide this article as long as readers know the caveats, since, while the source of the information may be clouded, it appears that this information has value on its own merits.

Related Topic(s): Corona Virus Coronavirus Covid-19; Johns Hopkins; Physicians Response To Coronavirus; Soap, Add Tags
Add to My Group(s)
Go To Commenting
The views expressed herein are the sole responsibility of the author and do not necessarily reflect those of this website or its editors.