Click Here to Remove All Ads
Cross-posted from The Guardian
As the nation spent the week debating the CIA assassination program, Obama lawyers exploit secrecy to shield it from all review 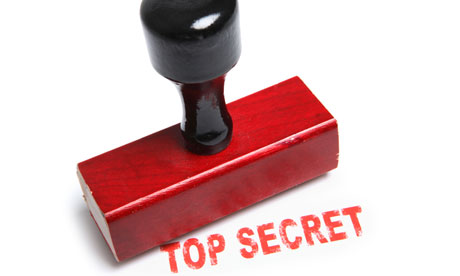 (Image by Unknown Owner)   Details   DMCA
The Obama DOJ again tells a court that it cannot safely confirm or deny the existence of the CIA drone program Photograph: Alamy

It is not news that the US government systematically abuses its secrecy powers to shield its actions from public scrutiny, democratic accountability, and judicial review. But sometimes that abuse is so extreme, so glaring, that it is worth taking note of, as it reveals its purported concern over national security to be a complete sham.

Such is the case with the Obama DOJ's behavior in the lawsuit brought by the ACLU against the CIA to compel a response to the ACLU's Freedom of Information Act (FOIA) request about Obama's CIA assassination program. That FOIA request seeks nothing sensitive, but rather only the most basic and benign information about the "targeted killing" program: such as "the putative legal basis for carrying out targeted killings; any restrictions on those who may be targeted; any civilian casualties; any geographic limits on the program; the number of targeted killings that the agency has carried out."

Everyone in the world knows that the CIA has a targeted killing program whereby it uses drones to bomb and shoot missiles at those it wants dead, including US citizens. This is all openly discussed in every media outlet.

Key Obama officials, including the president himself, not only make selective disclosures about this program but openly boast about its alleged successes. Leon Panetta, then the CIA Director, publicly said all the way back in 2009 when asked about the CIA drone program: "I think it does suffice to say that these operations have been very effective because they have been very precise." In 2010, Panetta, speaking to the Washington Post, hailed the CIA drone program in Pakistan as "the most aggressive operation that CIA has been involved in in our history." This is just a partial sample of Obama official boasts about this very program (for more, see pages 15 to 28 here).

Related Topic(s): Assassination; CIA; Drone Bombing Americans; Drone Wars; Obama Administration; Obama Justice Dept; Orwellian, Add Tags
Add to My Group(s)
Go To Commenting
The views expressed herein are the sole responsibility of the author and do not necessarily reflect those of this website or its editors.