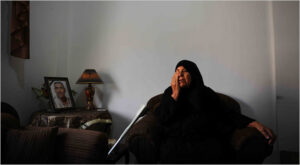 There is a new first-hand report detailing the unspeakable horror and torture some Iraqis suffered at the hands of U.S. interrogators under order of the Bush Crime Family and operating in our names.

Denise Grady, writing for the New York Times (not Wikileaks), describes interviews conducted at a treatment center that has opened in Amman, Jordan, to assist victims of torture at the hands of US soldiers and officials. . .

"Iraqis at the center have described being kidnapped, beaten, given electric shocks, raped and burned. Some said they saw relatives killed or kidnapped, or were threatened repeatedly with the murder or rape of loved ones.

"One reported being sent a video of captors killing a family member by drilling into his skull. An 11-year-old girl and her family revealed that she was raped by a group of men who then shaved her head and threw her on a trash heap. A toddler witnessed her father's murder; a schoolboy saw his teacher and classmates killed."

The New York Times article continues, and the horrors of the shocking US abuses committed in our names should be cause for Americans to demand war crime trials. But the more likely outcome is that nothing will come as a result of yet another revelation of American attacks against innocent Muslims who are guilty of nothing more than being Iraqis. And some wonder why the Muslim world has such a negative view of our government.

Here is a lengthy excerpt from the article, which everyone should read:

Jamal, a 43-year-old farmer from Fallujah, said he was arrested by American forces in December 2003 at the home he shared with his wife and three small children, one of them disabled by spina bifida. He was arrested, he was told, because the soldiers thought a sniper was firing at them from his house or one nearby. He was taken away without shoes, a great humiliation for an Arab man. For the first week, he said, he was held standing up in a tent with a hood over his head, and the soldiers guarding him were ordered to let him sit for only five minutes an hour. The hood was removed only when he was fed. But he said two soldiers were kind, giving him water and letting him sit when the officer in charge was not around.

"Three times he was taken to an officer to be interrogated. The first time, the Americans asked him about terrorists they were looking for. He knew nothing. They took his clothes off, supposedly to look for tattoos. In the second interrogation, he said, the officer hit him with a baseball bat.

Recalling the encounter, Jamal demonstrated, sliding from his chair to the floor. The officer made him sit with legs apart and hit him repeatedly in the genitals with the bat, he said. During the third interrogation, he said, the officer used an 'electric stick' on his arms and legs."

Is this the kind of freedom and liberation we brought to the Iraqi people? Why do they hate us again? What did Bush say . . . because we can buy a home?

Kathy never expected a career in radio as a talk show producer. Born and raised in Atlanta, Georgia, Kathy was completing her nursing degree when in 2001 - in an emergency - she was asked to fill in as the producer of Mike's program. Within a few (more...)
Related Topic(s): Children; Horror; Iraqis; Torture, Add Tags
Add to My Group(s)
Go To Commenting
The views expressed herein are the sole responsibility of the author and do not necessarily reflect those of this website or its editors.