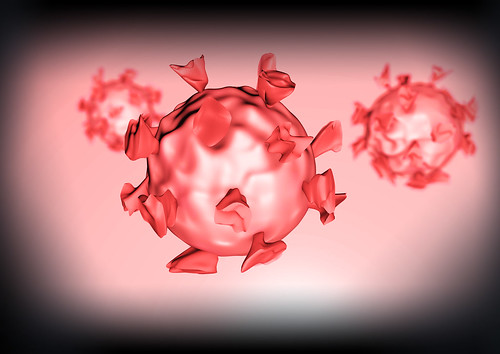 Bernhard, the proprietor of alternate-news site Moon of Alabama, has taken it upon himself to "fact-check" one of our many Covid-related articles. It was done without informing us of his intent, or indeed offering us a right of reply.

Whilst this is regrettable - and highly unprofessional - I do understand, given the nature and quality of the article, why he would neither want us to read it, nor respond to it.

Nevertheless, read it I did, and respond we must.

I would like to start with a few words of regret, mourning for the age of solidarity now passed. Until very recently I had believed - perhaps "hoped" is the better word - that all of us in the "alternate news" sphere were more or less on the same side. After all, OffGuardian and MoA have a long history - continuing to this day - of agreement.

On Ukraine, Syria, Libya, Russia-gate, Assange and MH17 our opinions and coverage have always almost totally aligned. This pattern is solid up to this very day, with the obvious attempted coup Belarus forming the most prominent recent example.

I would hope that such numerous strokes of agreement - accompanying as they do a broadly similar world-view - would therefore be able to comfortably encompass such diversions of opinion as are sure to manifest between even the most like-minded of people. I had assumed that any such conflicts of interpretation which did eventually arise would be handled with, if not amiable good humour, at least passing civility.

Sadly, that is not the case, and whilst "B" is not noted in the alt-media world for either his good humour or social skills, it is nonetheless sad to find a former ally has become so willing an enemy. Disagreeing is one thing, but publicly attacking our intentions and honesty is quite another.

Many of these people devote their entire careers, if not their lives, to debunking and contradicting the mainstream media - and yet, when a story appears with which they agree, which reinforces their preconceived ideas or bolsters their own particular biases - they gladly accept it. MoA's "fact-check" is a prime example. I have to say I fundamentally disagree with this approach.

The modern media is not a machine you can trust. Not ever. It is a construction built to control and corral opinion. To shuffle the public mind around a game-board they do not know they are on, based on rules they must never be allowed to understand. It serves no other function. It doesn't "tell the truth sometimes"; it isn't "occasionally trustworthy". It's a buffet of poisoned courses, selectively stacking your plate to suit your palate will not spare you the toxic effects. You'll just smile as you choke.

To choose to believe or disbelieve the media only when it suits your case is as foolish as being entirely oblivious to its nature. Perhaps more foolish, because you cannot hide behind blameless ignorance. You, notoionally, know better.

Scepticism is a lens through which one must examine everything, or nothing. It cannot be put aside lightly when you want to score easy points, or salve your own sense of panic, or you just feel like fitting in for once. To do so is moral cowardice.

Using the mainstream propaganda term "covidiot" is a perfect example. It is the product of the same Deep State-media thinktanks and focus groups that birthed "conspiracy theorist" into the public consciousness. More recently we have seen "Russian bots" and "Assad apologist" and "Kremlin stooge" join these ranks - alongside the ubiquitous "denier".

These are labels designed to encourage groupthink, to "other" dissenters and stifle intelligent and informed debate. To use them is to debase both yourself and the conversation.

Related Topic(s): Corona Virus Coronavirus Covid-19; Health, Add Tags
Add to My Group(s)
Go To Commenting
The views expressed herein are the sole responsibility of the author and do not necessarily reflect those of this website or its editors.