Fewer people are sick each day, and yet there's no sign of panic abating. 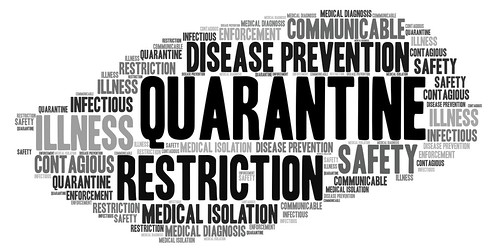 Shall we start off this little overview with some cold hard facts? Not the ones about death rates, and the flu, and clinical diagnosis. We've done that. A lot.

No this is just simple maths; There are, according to official estimates, fewer people with coronavirus today, than yesterday.

That has been true every day since February 17th. 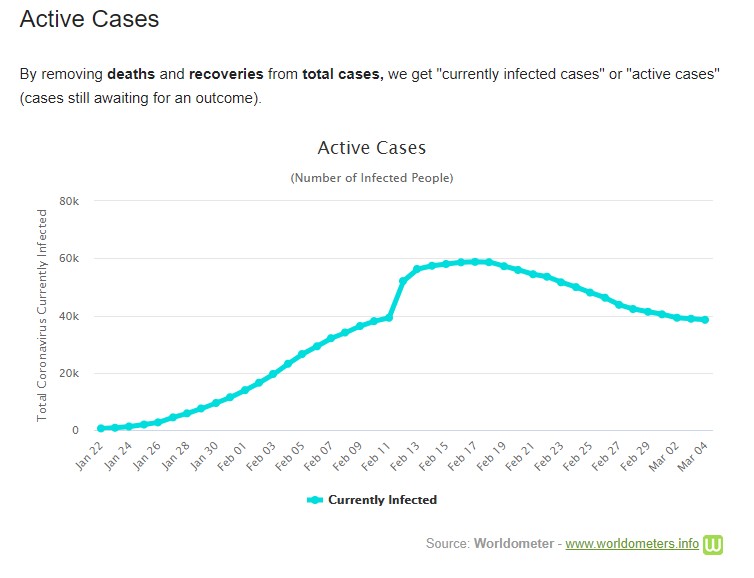 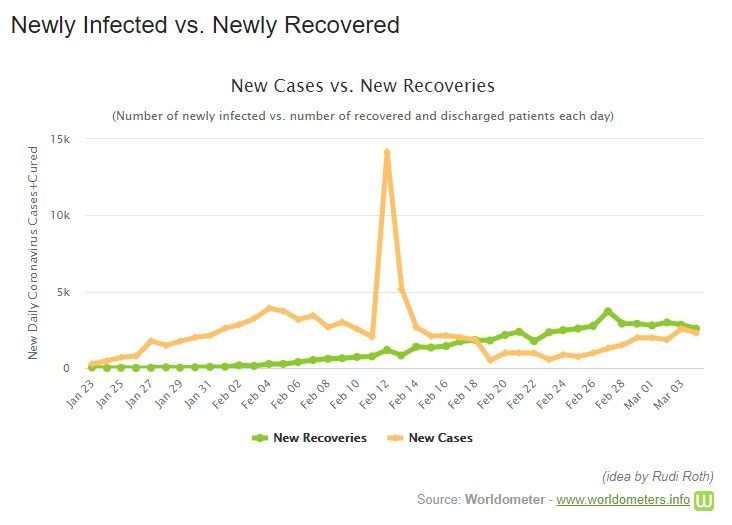 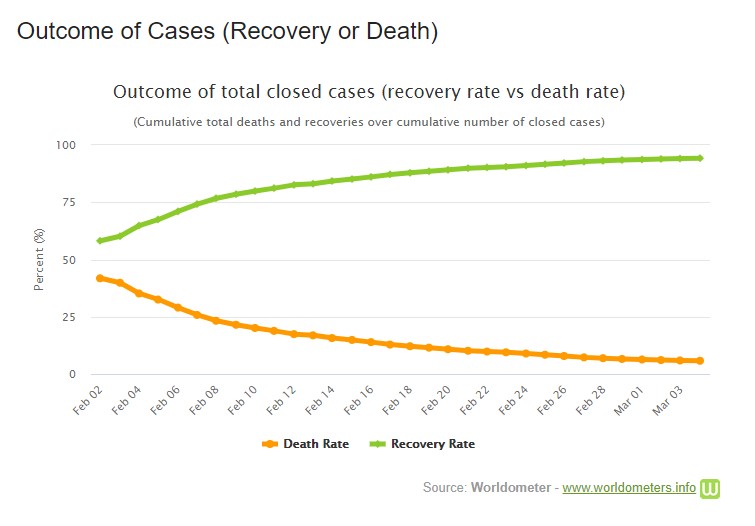 To sum up, according to official estimates, every day for over two weeks, fewer people have the disease, a smaller percentage of people are dying of the disease and MORE people are recovering from the disease.

Nobody in the media is talking about this.

Instead, we constantly see "coronavirus cases reach 95,000" in the headlines, without adding the corollary that 54,000 of those people are

When the media aren't ignoring the less-than-intimidating statistics, they're trying to re-purpose them. The Atlantic recently published an article literally headlined Greece, where only 31 people have even been diagnosed (nobody has yet died).

Related Topic(s): Corona Virus Coronavirus Covid-19; Fear As Policy; Fearmonger; Health; Medical; Panic, Add Tags
Add to My Group(s)
Go To Commenting
The views expressed herein are the sole responsibility of the author and do not necessarily reflect those of this website or its editors.