Is this just mass hysteria, or is a major play in the pipeline? 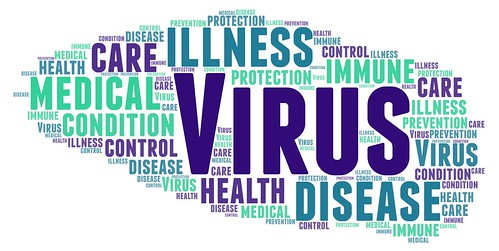 Another day, another round of shrill headlines. The coronavirus could spread to "every country in the world" (like chickenpox), we might have to cancel the Olympics. Ban handshakes! We're running out of masks!

We've been over the statistics, there's no need to go over them again. Thus far, scientifically speaking, the Coronavirus is nothing all that remarkable.

And yet"here we are. A world on the verge of all-out, no-holds-barred panic.

Two days ago the scare was related to a woman in Japan who allegedly got the disease twice.

Today the authoritarians mouths are watering over discussion of stadium quarantines in Australia and the possibility of the military having to aid the struggling NHS in the UK.

Fewer than fifty people, total, have been infected across those two countries.

The media are certainly taking to the task of spreading as much hysteria as they can, as quickly as they can.

"Yes, it is worse than the flu: busting the coronavirus myths", it headlines, before telling us coronavirus is "10 times more deadly" than the flu, which they claim has a death rate of "only 0.1%".

This is a)clearly aimed at countering articles like this one that try to bring some realism to bear (apparently that now counts as myth-making), and b)so deceptive it verges on a total lie.

If you include every single known or estimated case of flu in the world then sure you can bring the death rate down to 0.1%. But if you more properly compare hospitalised flu cases with the hospitalised COVID19 cases, the regular flu actually has a

So, why aren't they closing the world down to save us from this familiar but deadly pathogen?

Elsewhere, one headline warns us of the dangers of "superspreaders", and another declares that "An epidemic is coming: Europe struggles to contain coronavirus." It doesn't mention that the "epidemic" Europe is "struggling to contain" has only infected 1093 people on the entire continent, or that only 23 of them have died. (They have since changed the headline to something less theatrical)

Related Topic(s): Corona Virus Coronavirus Covid-19; Guardian; Media; Media Distortion, Add Tags
Add to My Group(s)
Go To Commenting
The views expressed herein are the sole responsibility of the author and do not necessarily reflect those of this website or its editors.