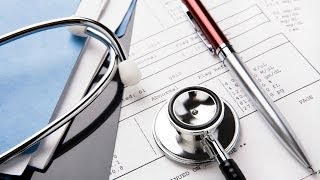 Preventable Medical Errors Might Be The Death of You
(Image by YouTube, Channel: The Ring of Fire)   Details   DMCA

Imagine a Congressional hearing held before media cameras, with reporters all over the US and Europe ready with shocking articles about one of the leading causes of death --

SENATOR: Sir, I have the numbers in front of me. How can you keep this secret from the public?

FDA COMMISSIONER: It's not a secret, sir. Many experts know about it.

SENATOR: I'm looking through the trillion-dollar federal budget. I'm looking for the money allocated to fix this horrible situation. Where are those funds?

I know major media won't investigate medically-caused death numbers, because I've published reports for years, and I've contacted news people with the facts; and nothing happens.

So we begin with a few citations.

July 26, 2000, Journal of the American Medical Association; author, Dr. Barbara Starfield, revered public health expert at the Johns Hopkins School of Public Health; "Is US health really the best in the world?"

Starfield reported that the US medical system kills 225,000 Americans a year. 106,000 as a result of FDA-approved medical drugs, and 119,000 as a result of mistreatment and errors in hospitals. Extrapolate the numbers to a decade: that's 2.25 million deaths. You might want to read that last number again.

I interviewed Starfield in 2009. I asked her whether she was aware of any overall effort by the US government to eliminate this holocaust, and whether she had ever been contacted by any government agency to consult on such an effort. She answered a resounding no to both questions.

Here is another citation: "Anticoagulants cause the most serious adverse events, finds US analysis," BMJ June 7, 2012 (BMJ 2012:344:e3989). Author, Jeanne Lenzer. Lenzer refers to a report by the Institute for Safe Medication Practices: "It [the Institute] calculated that in 2011 prescription drugs were associated with two to four million people in the US experiencing 'serious, disabling, or fatal injuries, including 128,000 deaths.'"

The report called this "one of the most significant perils to humans resulting from human activity."

The report was compiled by outside researchers who went into the FDA's own database of "serious adverse [medical-drug] events."

Therefore, to say the FDA isn't aware of this finding would be absurd. The FDA knows. The FDA knows and it isn't saying anything about it, because the FDA certifies, as safe and effective, all the medical drugs that are routinely maiming and killing Americans.

Related Topic(s): Death; Drugs; FDA; Health; Media Complicity; Media Distractions Medical Oddities; Medicine; Patients, Add Tags
Add to My Group(s)
Go To Commenting
The views expressed herein are the sole responsibility of the author and do not necessarily reflect those of this website or its editors.