Click Here to Remove All Ads
Source: The Guardian
Almost 40 years ago, the Idaho Senator warned of the dangers of allowing the NSA to turn inward 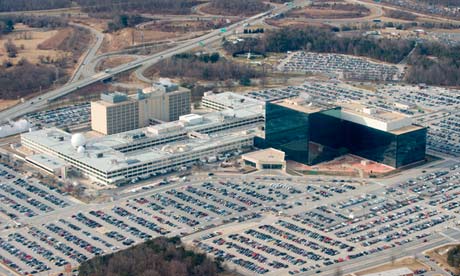 In the mid-1970s, the US Senate formed the Select Intelligence Committee to investigate reports of the widespread domestic surveillance abuses that had emerged in the wake of the Nixon scandals. The Committee was chaired by four-term Idaho Democratic Sen. Frank Church who was, among other things, a former military intelligence officer and one of the Senate's earliest opponents of the Vietnam War, as well as a former Chairman of the Senate Foreign Relations Committee.

Even among US Senators, virtually nothing was known at the time about the National Security Agency. The Beltway joke was that "NSA" stood for "no such agency." Upon completing his investigation, Church was so shocked to learn what he had discovered -- the massive and awesome spying capabilities constructed by the US government with no transparency or accountability -- that he issued the following warning, as reported by the New York Times, using language strikingly stark for such a mainstream US politician when speaking about his own government:

"'That capability at any time could be turned around on the American people, and no American would have any privacy left, such is the capability to monitor everything: telephone conversations, telegrams, it doesn't matter. There would be no place to hide.'

"He added that if a dictator ever took over, the NSA 'could enable it to impose total tyranny, and there would be no way to fight back.'"

The conditional part of Church's warning -- "that capability at any time could be turned around on the American people" -- is precisely what is happening, one might even say: is what has already happened. That seems well worth considering.

(1) Numerous NSA defenders -- mostly Democrats -- amazingly continue to insist that there is no evidence of wrongdoing by the NSA. How do they get themselves to ignore things like this and this?

Related Topic(s): Church-Frank; Liberal Democrat; NSA; Spying; Surveillance, Add Tags
Add to My Group(s)
Go To Commenting
The views expressed herein are the sole responsibility of the author and do not necessarily reflect those of this website or its editors.