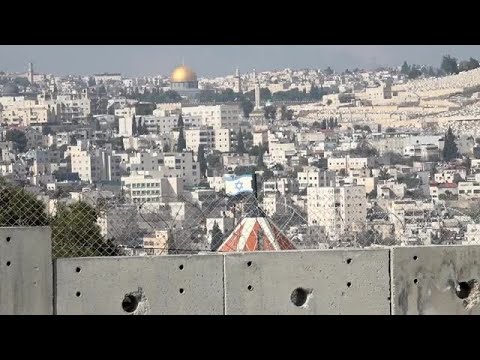 As Israel celebrates the 72nd anniversary of its independence, the Israeli-Palestinian conflict continues to simmer as neither side seems to have learned anything from their seven decades-old conflict, and dramatic changes on the ground are readily dismissed. Charges and counter-charges against one another continue unabated as if everything was frozen in time. Israelis and Palestinians remain intensely distrustful of one another and blame the other for the lingering impasse. They now face a fateful crossroad and must reassess their positions. Israel must accept that the Palestinians are not a perpetual mortal enemy and that an agreement can be reached which guarantees its national security. The Palestinians must abandon some of their old and tired demands, which have proven to be fatal to all previous peace negotiations.

The Israeli right-wing political parties, led by Likud with Netanyahu at the helm, have been indoctrinating the Israelis through fear mongering with considerable success. They maintain that a Palestinian state in the West Bank will inevitably fall under Hamas and pose an existential threat to Israel. This argument which has seeped into the Israelis' consciousness, especially since the second Intifada in 2000, is completely meritless as any peace agreement between the two sides must be based on stringent security arrangements that leave no room for errors and no recourse for the Palestinians.

To invoke Israel's experience with Hamas as a justification for its refusal to allow for the establishment of a Palestinian state in the West Bank is contrived and disingenuous at best. Israel, which was led at the time by the most ardent right-wing prime minister, Shamir, brought about the rise of Hamas in 1987 by supporting its early leaders both financially and politically, who were ideologically opposed to the PLO. Avner Cohen, a former Israeli religious affairs official who worked in Gaza at the time, stated in 2009 that "Hamas, to my great regret, is Israel's creation." Israel's strategy was to divide and conquer by splitting the Palestinians into two camps to counter-balance and weaken then-Chairman Yasser Arafat's hand and prevent the Palestinians from uniting into a single body politic.

Prime Minister Sharon's decision to withdraw Israeli forces almost overnight from Gaza in 2005 without any security arrangements with the PA to ensure long-term security was fatal. As a general, he knew full well that Hamas had greater military capability and was far more deeply entrenched in the Strip than the PA's security forces. Sharon's objectives were to deepen the PA-Hamas rift and to rid Israel of the responsibility to provide jobs, healthcare, and economic development to a densely Palestinian populated area that has no strategic importance to Israel.

What made matters worse was Israel's refusal to accept the results of the Palestinian parliamentary elections in 2006, which gave Hamas a clear victory over the PLO. Israel then imprisoned 33 of Hamas's newly elected parliamentarians, accusing them of belonging to a terrorist organization. Finally, Israel did nothing to stop the fighting between Hamas and the PA which ended up, unsurprisingly, with the defeat of the PA, which sealed Gaza's fate under Hamas in 2007.

The breakout of the second Intifada in 2000 was a turning point for the Israelis as well as the Palestinians. The 117 terrorist attacks that claimed the lives of more than 1,000 Israelis was convincing enough for many Israelis that the Palestinians are a mortal enemy, especially following the 1993 Oslo Accords, which was supposed to evolve into a permanent peace based on a two-state solution. However, Israel ignored the fact that the Palestinians in the West Bank also learned a bitter lesson. They did not forget that the second Intifada invited massive Israeli retaliations that destroyed much of their newly-built infrastructure, housing, and public institutions post-1993.

To suggest however that Israel is the sole culprit behind the lasting Israeli-Palestinian conflict is wrong and disregards the Palestinians' continuing violent hostilities against Israel, as well as their repeated missed opportunities to reach a peace agreement.

The Palestinians rejected the 1947 UN partition plan, turned down Israel's offer to exchange most of the territories captured in the 1967 war for peace, refused to join in the 1977 Israeli-Egyptian peace talks, scuttled the nearly-completed peace agreement at Camp David in 2000 over the right of return, and in 2009 failed to seize the opportunity to make peace over disagreements on the extent of the land swap. What made matters worse is the Palestinians', especially Hamas', refusal to recognize Israel and its continuing threats against its very existence while purchasing and manufacturing weapons, especially rockets, to give a tangible meaning to their threats.

Related Topic(s): Conflict; Hamas; Israel And Palestine; Israel Gaza Talks; Israel-Palestine Peace Talks, Add Tags
Add to My Group(s)
Go To Commenting
The views expressed herein are the sole responsibility of the author and do not necessarily reflect those of this website or its editors.