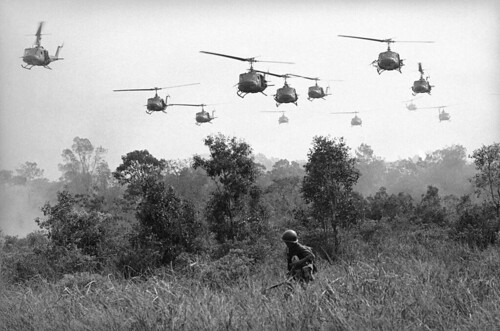 INR was highly attuned to Chinese aid to North Vietnam; first in US government to recognize significance of the Buddhist crisis in the South

Washington, DC, December 27, 2020The National Security Archive is today posting an update to a 2004 E-book featuring a landmark but still relatively little-known State Department study of the Vietnam War from 1969. Commissioned by Thomas L. Hughes, the head of the Bureau of Intelligence and Research, it was a more modest account of the war than its more famous cousin, the Pentagon Papers. Yet in some ways it was more insightful and is considered essential to understanding the Department's role in the conflict.

The Archive's original posting presented a sometimes heavily redacted version of the document - all that was available at the time. However, after an Archive appeal under the Freedom of Information Act, the State Department released a much more complete version - most notably including an entire 275-page section consisting of specific references to INR's contributions to various government reporting, including its own papers, CIA estimates, and other records.

Today's posting includes that section (part B), plus related materials by the document's authors from that time as well as lengthy prefatory essays by Hughes and the Archive's John Prados that also appeared as part of the original E-book.

Preface to the Updated Posting

The "Pentagon Papers," a top secret Department of Defense inquiry into the background and conduct of the Vietnam war, became famous when leaked by Daniel Ellsberg in July 1971. A landmark Supreme Court case upheld First Amendment rights, prohibiting then-president Richard M. Nixon from preventing their publication. For years the Pentagon Papers furnished the ultimate documentary source for studies of the war. But there was another, equally secret, review of the Vietnam war, one that did not leak.

Time Magazine revealed its existence in August 1971 (see excerpt below) but that was virtually the only public mention of the State Department's study, which remained locked away for decades. In the 1990s both the National Security Archive and Clemson University professor Edwin E. Moise filed Freedom of Information Act requests for release of the INR study, much of which was declassified in 2003. The Archive then asked former Bureau of Intelligence and Research (INR) Director Thomas L. Hughes to contribute an essay that introduced the Bureau and discussed its work. I went over the same ground as an historian and supplied a paper that focused directly on INR's intelligence output. The Archive posted the package as Electronic Briefing Book no. 121 in May 2004.

At that time an entire section of the INR study, plus many passages throughout, remained secret and were under appeal. We subsequently got most of that material released. It is included in this new posting. There are currently perhaps a dozen short excisions left out of the study for classification purposes. We have also checked with Dr. Moise, who had also appealed the secret texts, and found we both held identical copies of the document. Because the INR study is a seminal resource, and because the previous electronic briefing book appears in an old format (without endnotes), we are reposting this package here.

Related Topic(s): Vietnam War, Add Tags
Add to My Group(s)
Go To Commenting
The views expressed herein are the sole responsibility of the author and do not necessarily reflect those of this website or its editors.