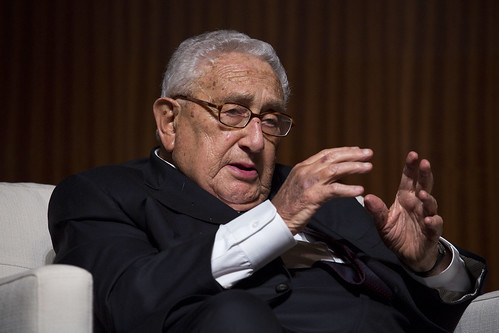 Schneider's Murder: "a stain on the pages of contemporary history"

Washington D.C., October 22, 2020 - On October 23, 1970, one day after armed thugs intercepted and mortally wounded the Chilean army commander-in-chief, General Rene Schneider, as he drove to work in Santiago, CIA Director Richard Helms convened his top aides to review the covert coup operations that had led to the attack. "[I]t was agreed that " a maximum effort has been achieved," and that "the station has done excellent job of guiding Chileans to point today where a military solution is at least an option for them," stated a Secret cable of commendation transmitted that day to the CIA station in Chile. "COS [Chief of Station] " and Station [deleted] are commended for accomplishing this under extremely difficult and delicate circumstances."

At the State Department, officials had no idea that the CIA and the highest levels of the Nixon White House had backed the attack on Schneider with pressure, weapons, and money as a pretext for a military coup that would overturn the democratic election of Salvador Allende. They drafted a condolence letter for President Nixon to send. In a memo to National Security Advisor Henry Kissinger, who was secretly supervising the CIA's coup operations, the State Department recommended that Nixon convey the following message to the President of Chile: "Dear Mr. President: The shocking attempt on the life of General Schneider is a stain on the pages of contemporary history. I would like you to know of my sorrow that this repugnant event has occurred in your country"."

Marking the 50th anniversary of the U.S.-supported attack on General Schneider, the National Security Archive today is posting a collection of previously declassified records to commemorate this "repugnant event." The Archive has also posted a CBS '60 Minutes' segment, "Schneider vs. Kissinger," that drew on these documents to report on a "wrongful death" lawsuit filed in September 2001 by the Schneider family against Kissinger for his role in the assassination. The '60 Minutes' broadcast aired on September 9, 2001 and has not been publicly available since then. In preparation for the 50th anniversary, CBS News graciously posted the broadcast as a "60 Minutes Rewind" yesterday.

In Chile, the assassination of General Schneider remains the historical equivalent of the assassination of John F. Kennedy: a cruel and shocking political crime that shook the nation. In the United States, the murder of Schneider has become one of the most renowned case studies of CIA efforts to "neutralize" a foreign leader who stood in the way of U.S. objectives.

The CIA's murderous covert operations to, as CIA officials suggested, "effect the removal of Schneider," were first revealed in a 1975 Senate report on Alleged Assassination Plots Involving Foreign Leaders. At the time, investigators for the special Senate committee led by Idaho Senator Frank Church were able to review the Top Secret CIA operational cables and memoranda relating to "Operation FUBELT"the code name for CIA efforts, ordered by Nixon and supervised by Kissinger, to instigate a military coup that would begin with the kidnapping of Schneider. When the Church Committee published its dramatic report, however, almost none of the classified records were made public.

It took 25 more years before President Bill Clinton ordered the release of the CIA records on Operation FUBELT, as part of a massive declassification on Chile in the aftermath of General Augusto Pinochet's arrest in London for human rights crimes. A close reading of the documentation exposes the false narrative that Kissinger, Richard Helms, and other high ranking officials presented to the Church Committee in their testimonies about their knowledge of, and responsibilities for, an act of political terrorism that led to the shooting of Schneider on October 22, 1970, and his death three days later.

General Schneider was targeted for his defense of Chile's constitutional transfer of power. On May 8, 1970, he gave what the Defense Intelligence Agency described as an "outspoken" interview to Chile's leading newspaper, El Mercurio, affirming that the Chilean armed forces would not interfere in the September 1970 electiona position that became known as "the Schneider Doctrine."

As the commander-in-chief of the Chilean army and the highest-ranking military officer in Chile, Schneider's policy of non-intervention created a major obstacle for CIA efforts to implement President Nixon's orders to foment a coup that would prevent the recently elected Socialist, Salvador Allende, from being inaugurated. A "key to a coup," as Chilean newspaper mogul, Agustin Edwards, told CIA Director Helms on September 15, 1970, in Washington, D.C. "would involve neutralizing Schneider" so other Army officers could take action. "General Schneider would have to be neutralized, by displacement if necessary," U.S. Ambassador Edward Korry pointed out in a September 21, 1970, cable. "Anything we or the Station can do to effect the removal of Schneider?," the CIA directors of Operation FUBELT queried their agents in Santiago on October 13.

Related Topic(s): Assassination; CIA; Chile; Coup, Add Tags
Add to My Group(s)
Go To Commenting
The views expressed herein are the sole responsibility of the author and do not necessarily reflect those of this website or its editors.