We are in desperate need of unity, public engagement, and spiritual renewal to rediscover the faith in our ability to overcome any adversity and prevail. 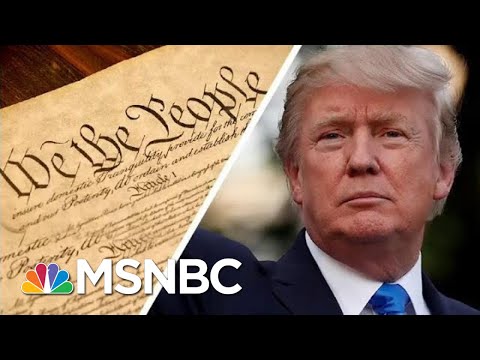 As I survey our state of the Union, I feel deeply troubled and dismayed, wondering why and how we here in America got to this dire state of affairs in which we find ourselves. The federal government is in complete disarray, the country is alarmingly polarized, the coronavirus continues to spread like wildfire, discrimination against the Black and Hispanic communities is widespread, the economy is in shambles, the gulf between the poor and the rich is deepening, unemployment is staggering, our national debt is skyrocketing, our infrastructure is crumbling, our international standing is at an all-time low, and the American dream was replaced by hopelessness and despair.

It is hard to fathom how the country richest in human and natural resources, the greatest military power on earth, the most advanced technologically, the harbinger in all sciences and discoveries, the center of cultural diversity, the champion of human rights, and with unparalleled global outreach and influence, has descended to this sorry state of affairs.

Although the decline of the American enterprise did not begin with the rise of Trump to power, he, with the support of misguided Republican leaders, has perilously mismanaged the affairs of the country and inflicted severe damage not only on our democratic institutions but on the very soul of America.

Trump has polarized the country beyond recognition and made it nearly impossible to reach a consensus on any issue regardless of how detrimental it may have been to the national interests. He and his party leadership have cynically convinced themselves that their interest converges with that of the nation's. And when it doesn't, that the party's interest supersedes that of the nation -- for example, Republicans consistently try to restrict voting ostensibly to prevent voter fraud, but politicians have spoken the truth. In regards to Democrats' efforts to expand vote-by-mail in the midst of the COVID-19 pandemic, Trump openly stated "...if you'd ever agreed to it, you'd never have a Republican elected in this country again."

It will take years to heal the nation's wounds, but we cannot begin the healing process until Trump, who betrayed his oath of office, is democratically removed from power and takes down with him many of his treacherous stooges who brought the country to its current disastrous environment.

If Joe Biden is elected to be the next president, it will certainly raise a renewed hope that a new day is dawning in America and potentially help alleviate some of the woes we are experiencing today. With the best of intentions, however, and regardless of how committed Biden may be, he alone cannot shoulder the awesome task that lays ahead. He needs a Congress with a unity of purpose to get things done. He needs an engaged citizenry ready to rise and fight for what's right to remedy many of the country's social and political ills. And he needs spiritual renewal to restore America's moral standing, credibility, and values, which have hit rock bottom notably during the past four years.

Trump, with the tacit approval of the Republicans, has pursued an economic agenda that has harmed most Americans financially, threatened the freedoms of speech, assembly, and a free press, undermined healthcare affecting millions of Americans, intensified discrimination, and aggravated inequality. All of these actions laid bare Trump's incompetence and dismal failure. He and the Republican leadership have further weakened our democratic institutions, skewed our judiciary, abandoned the poor, and catered to the rich. Like the blind leading the blind, they have followed their aspiring despot by focusing only on what they perceive to be in their best interest -- and to hell with the country.

Reaching out to the Republicans

If elected, Joe Biden's first item on his agenda as president should be to mitigate the polarization that has plagued both parties and paralyzed the country. He needs the support of both chambers of Congress and can foster that by reaching across the aisle to Republicans, which will be central to effectuate his domestic and foreign agendas.

As written in a speech John F. Kennedy intended to give on the day of his assassination, "... our duty as a party is not to our party alone, but to the Nation, and, indeed, to all mankind... So, let us not be petty when our cause is so great. Let us not quarrel amongst ourselves when our Nation's future is at stake. Let us stand together with renewed confidence in our cause united in our heritage of the past and our hopes for the future..."

To demonstrate his determination to end polarization, Biden should invite moderate Republicans to join his administration, perhaps in Cabinet positions. In doing so, Biden will send a clear message that he is not looking to settle the score with the party's antagonists but to ensure that moderate Republicans feel that they have contributed to any successful outcome of the new administration's policies for the country's sake.

Without Trump in the White House, many Republican moderates who have disagreed with him on a host of issues but were afraid to speak out, will now be free to cooperate with the Democrats, even if Republicans retain control of the Senate. They don't want only to redeem themselves; they understand the dire need and the urgency to act to put the country on the path of recovery and healing.

The second critical component of the recovery is an active and engaged citizenry who must make their voices heard and remain relentless until the federal and state governments develop a clear road map to address much of the country's ills. The impressive protests that continue to sweep the country over police brutality, sparked by the tragic death of George Floyd, offers one important example of how responsible citizenry must act to force a change -- in this case reforming police departments to bring an end to discrimination and brutality, especially against Black people.

That said, we cannot address much of what ails America today before we eliminate completely the coronavirus and begin the slow and painful process of economic recovery. Millions of young and old Americans should pour into the streets demanding that the Trump administration mobilize all national resources and produce scientifically-based comprehensive plans to stop the scourge of the virus.

Related Topic(s): Faith; Government; Recovery; Republican; States Rights; Trump, Add Tags
Add to My Group(s)
Go To Commenting
The views expressed herein are the sole responsibility of the author and do not necessarily reflect those of this website or its editors.