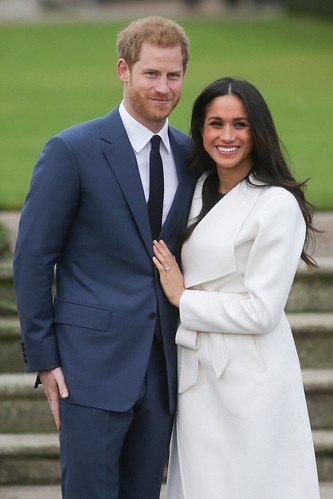 The tide of nationalist movements swept through the empire on which the sun never sets, with the inevitable outcomes of Independence for the erstwhile British colonies. Every successful Independence movement represented one less sparkling jewel in the multitiered , iridescent imperial crown and one less sunray in its orbit. The loss of empire was pivotal in the decision of the United Kingdom to join the European Union. However, the UK is currently opting out of its EU membership amid uncertain and bedeviling conditions. Notwithstanding, it's present 'Brexit' predicament, all is not lost, as the former colonies were reconstituted into the 'Commonwealth', with the reigning British monarch, Queen Elizabeth 11, as it's titular and ceremonial Head.

The Commonwealth presently comprises of 53 countries spread across Africa, the Americas, Asia, Europe and the Pacific. The bloc covers approximately twenty percent of the world's land area and represents an estimated population of 2.4 billion people, almost a third of the world population. Queen Elizabeth issued the following statement about the Commonwealth, 'The Commonwealth bears no resemblance to the empires of the past. It is an entirely new conception built on the highest qualities of the spirit of man: friendship, loyalty and the desire for freedom and peace'. Although the role of Head of the Commonwealth is not hereditary, the Queen has made it clear that upon her demise, it is her 'sincere wish' for Prince Charles to 'carry on the important work started by my father in 1949'.

Queen Elizabeth is a wise and pragmatic woman. In an unprecedented and revolutionary departure from the unwritten rules governing the Royal bloodline, she gave her consent for Prince Harry to marry Meghan Markle, a person of African heritage. She fully embraced Meghan as a welcome member of the House of Windsor. Meghan would serve a useful and unique role, as a token to the people of colour, who make up the overwhelming majority of the Commonwealth population. This was a masterful stroke in a real life 'game of thrones', as on the balance of probabilities, Harry will never ascend to the throne. Meghan definitely altered the face of the British Monarchy. She is a window through which the colours of the rainbow change the aspect of the House of Windsor, catapulting the institution into contemporary life and relevance.

The overriding ethos of 'business as usual', has earned the Monarchy the moniker - 'The Firm'. Indeed, the key members of the House of Windsor are expected to imbibe the principle of personal sacrifice, on the altars of domestic paramountcy and global sway.

More than 60 per cent of the Commonwealth's population are under 30 years of age. Harry's youth, natural charm and relaxed disposition are powerful assets in relating to and interacting with the Commonwealth youth. More importantly, he effortlessly evinces the common touch, a trait he inherited from his mother, Princess Diana, the people's princess. These human qualities are innate and cannot be forced, taught or faked. Harry definitely has the 'cool factor'. In addition, the fact that he married a beautiful woman outside his race undoubtedly bestows on him 'swag' in spades. Hence, his great popularity.

Harry is a marketing conglomerate's dream, because he is a self-marketing entity requiring no research and development, no marketing surveys, no beguiling packaging and no reinventing. He is the ultimate brand as he is all things to all people - a gift that keeps on giving.

I am in no way jubilant about the course of direction chosen by Harry and Meghan, as their decision is already having a dire impact on the Queen in her advanced years. I wish that a less controversial path were possible in the circumstances. However, one cannot help but wonder, if karma is not playing a role. Harry's mother was not treated in the best manner by The Firm, in her lifetime and publicly stated that she felt alone. Her angst, was compounded by members of the paparazzi who hounded her relentlessly, allowing her neither peace nor privacy. She met her untimely and tragic death in a tunnel in Paris, whilst fleeing the vexatious and voracious appetite of an out of control, frenzied and predatory press corp.

Related Topic(s): Brexit; Empire; Freedom; Happiness; Independence; Independence Day; Marketing; Monarchy; Mothers; Peace, Add Tags
Add to My Group(s)
Go To Commenting
The views expressed herein are the sole responsibility of the author and do not necessarily reflect those of this website or its editors.