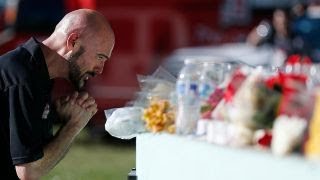 The first funerals were held Thursday and Friday for several of the 17 students and staff killed in the horrific massacre at Marjory Stoneman Douglas High School in Parkland, Florida.

The shooter, 19-year-old Nikolas Cruz, was arraigned before a local judge on Friday, saying nothing in court except to indicate he had understood the proceeding. He reportedly spoke freely to local police after he was arrested, admitting responsibility for the bloodbath. His lawyers are not disputing his role as the shooter, stating only that he is severely mentally ill and had suffered several recent emotional traumas. One described Cruz as "deeply disturbed, emotionally broken," and said he is on suicide watch.

Police have said that there is no indication that anyone else participated in the planning or the execution of the attack on Douglas High School, or that anyone was even aware of Cruz's specific intentions.

What has become clear over the past 24 hours is that the FBI had considerable information on Cruz, including a telephone tip only six weeks before the shooting rampage that warned he might carry out an attack on a school, but failed to take any action.

The agency admitted Friday morning in a public statement that the telephone tip came in on January 5, 2018, reporting concerns about Cruz based on his "gun ownership, desire to kill people, erratic behavior, and disturbing social media posts, as well as the potential of him conducting a school shooting." The FBI described the person making the phone call as an adult and "a person close to Nikolas Cruz," but did not otherwise identify the caller.

This was the second telephone alert given to the FBI about Cruz, who had ties to a white supremacist organization. The owner of a Mississippi bail bond agency found a message on YouTube in the name of "Nikolas Cruz" proclaiming his intention to become a "professional school shooter." He reported it to the FBI, which sent two agents to interview him, but officials said that the FBI was unable to identify or locate the 19-year-old south Florida man.

When the second call came in on a line that processes thousands of such tips each day, it was not passed on to the local FBI field office in Miami because "protocols were not followed," the FBI statement claimed. There was no follow-up, even though all tips relating to threats to life are supposed to be pursued.

The apparent FBI failure immediately became a political weapon in the conflict within the US political establishment between the Trump administration, backed by the Republican Party, and sections of the military-intelligence apparatus, backed by the Democrats.

Florida Governor Rick Scott, a Republican and a close ally of President Trump, immediately denounced the FBI for failing to prevent the Douglas High School massacre and called for the resignation of FBI Director Christopher Wray -- whom Trump appointed only eight months ago after firing James Comey over the Russia investigation.

"Seventeen innocent people are dead and acknowledging a mistake isn't going to cut it," Scott said in a statement. "An apology will never bring these 17 Floridians back to life or comfort the families who are in pain."

Attorney General Jeff Sessions ordered Deputy Attorney General Rod Rosenstein to review how the FBI handled the tip on Cruz, as part of a wider review of the federal response to school massacres.

Press accounts pointed out that three of the four people responsible for mass shootings in south Florida in the last two years had been in contact with or reported to the FBI before the incidents. The gunman who killed 49 people at the Pulse nightclub in Orlando had been investigated over possible connections to "extremists." The gunman who killed five people at Fort Lauderdale airport had walked into an FBI office weeks before and drew attention with bizarre statements.

The media attention has already begun to shift away from Parkland to new sensations, such as the indictment of 13 Russians by the Mueller investigation, without a single effort to probe more deeply into the social reasons why the United States, with 4.4 percent of the world's population, has 31 percent of the mass shootings.

Patrick Martin writes for the World Socialist Website (wsws.org), a forum for socialist ideas & analysis & published by the International Committee of the Fourth International (ICFI).
Related Topic(s): Capitalism; Florida Politics; NRA; School Shooting; Students, Add Tags
Add to My Group(s)
Go To Commenting
The views expressed herein are the sole responsibility of the author and do not necessarily reflect those of this website or its editors.