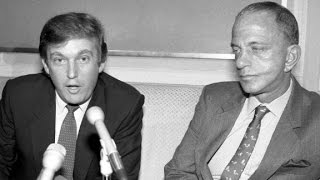 That's how the man with all the ''best words," the man who "know(s) words" replied when a man he had once fired called him a liar and compared him to a mob boss.

The man who had been fired, James Comey, also happened to be the former director of the FBI and also happens to have written a book in which he says the man who fired him was overly concerned with proving that he had never been involved in a situation that included Russian prostitutes and people urinating on each other. "Do I look like a guy who needs hookers?" Can you imagine me in such a situation? the former FBI director says his former boss asked him in the Oval Office.

This is where Donald Trump has taken the office of president of the United States. And, just to get it out of the way, yes, I can imagine Trump in such a situation. That's the problem, America.

Think about it. If it didn't happen, then there's no way for someone to prove it did. And in this country, prosecutors -- even special prosecutors -- have to prove you did something wrong, rather than you proving you didn't. It's called the presumption of innocence, a commodity this administration has flushed down the toilet, along with any semblance of dignity..

There is no shame in the White House. We are reminded of this daily, with lies, big and small. Payoffs to cover up extra-marital affairs. Blatant racism, nepotism and corruption. An aversion to the rule of law and an ignorance of the Constitution. An aura of pettiness, shallowness and vindictiveness. Utter disdain for the poor or disadvantaged. And smiling all the time.

Those words were first uttered in 1954 by Joseph Welch, a Boston lawyer hired by the Army -- the U.S. Army -- to defends itself from charges by Sen. Joseph McCarthy, a Republican from Wisconsin, of lax security at a secret Army facility. McCarthy had used his position as chairman of the Senate Permanent Subcommittee on Investigations to intensify his ongoing crusade to weed out what he claimed were hundreds of Communists working in the State Department and other federal agencies as well as in private industry, notably entertainment and the arts. During an endless round of hearings brutally conducted by McCarthy and his chief counsel, Roy Cohn (remember that name), witnesses were accused, insulted and relentlessly grilled. "Red-baiting."

Finally, during the three-month-long, televised Army-McCarthy hearings, the senator charged that one of Welch's young lawyers, who was not working on the case, at one time had ties to a Communist organization. He pressed the issue. Welch had had enough. "Until this moment, senator, I think I never really gauged your cruelty or your recklessness," he said. As McCarthy tried to continue, Welch interrupted: "Let us not assassinate this lad further, senator. You've done enough. Have you no sense of decency, sir, at long last? Have you left no sense of decency?"

McCarthy, finally, was done. Someone had called him a bum to his face. He was eventually censured by the Senate and scorned by his own party. But careers were destroyed, lives ruined, families and friendships broken because of an unfettered campaign of reckless accusation and fear-mongering conducted by a publicity-hungry politician being advised by a ruthless lawyer, Roy Cohn, for whom nothing -- facts, lives, careers " decency -- mattered.