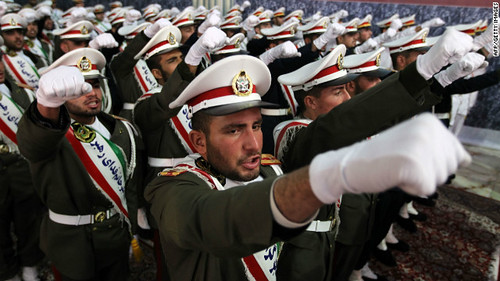 Even a cursory review of the turmoil sweeping the Middle East points to Iran as one of the main culprits behind most of the conflicts that have and continue to destabilize the region. We find Iran directly involved in the civil war in Yemen, it equips and supports Hezbollah in Lebanon, and it exerts huge political influence in Iraq, significantly contributing to the unrest in that country. Moreover, Iran maintains a strong military presence in Syria, opening a third front to threaten Israel, and it is beefing up Hamas's arsenals and defenses against the Jewish state. Finally, Iran enlists, finances, and trains militias and an array of jihadist and terrorist organizations to do its bidding on all fronts.

There is no doubt that ending the impasse between the US and Iran would markedly reduce tension and mitigate some other conflicts in the region, as the discussion between the two sides, according to US sources, will not be limited to Iran's nuclear program. The US will insist on discussing some of Iran's nefarious activities, such as its support of jihadist groups and missile development, albeit on a separate track, with linkages to ensure that the benefits Iran acquires from a new nuclear deal are compensated by Tehran's demonstrable actions as a constructive regional player.

The question is how we go about finding such an accord and what will in fact bring the Iranian government back to the negotiating table without losing face in the eyes of its own public. To that end, we need to explore five different scenarios; through a process of elimination we will definitively conclude that face-to-face negotiations between the US and Iran remains the only viable option that both sides will be prudent to carefully pursue if they want to avoid a potentially disastrous conflagration.

War: There are those who suggest that waging a war against Iran and destroying its nuclear facilities will bring Tehran to heel. This scenario is fundamentally flawed because of its ominous repercussions. Even under the best of circumstances, whereby Iran's nuclear installations are completely destroyed, Iran will still be in a position to unleash much of its conventional military arsenal against any real or even perceived enemies, especially Saudi Arabia, Israel, and the US.

Yes, under a war scenario, Iran can be devastated, but Iran will still be capable of inflicting incalculable damage on the attacker. We must remember that the clergy, with the backing of the military, will be fighting for their survival. And contrary to the views held by some American and Israeli hawks, there is little to no chance that such a war would bring an end to the mullahs' rule in Tehran.

Whereas a significant portion of the Iranian population rejects the reign of the clergy, as they seek more freedom and better job opportunities, they will not tolerate a foreign onslaught. Regardless of how a war ends, Iran is there to stay. Given time, Iran will become even more belligerent and resolute to acquire nuclear weapons while bolstering its determination to become the region's hegemon.

Maximum Pressure: The second scenario, which the Trump administration is currently pursuing, is to keep the crippling sanction in place and impose new ones until Iran gives up in despair, as its economy continues to deteriorate and the public becomes increasingly restive. The worsening US-Iran relations since Trump withdrew from the Joint Comprehensive Plan of Action (JCPOA) are only deepening the rift between the two sides. Nevertheless, although Iran is hurting badly from the effect of the sanctions, no one should underestimate its resiliency and capacity to cope under the worst of circumstances.

Iran has vast human and natural resources and the government can mobilize the masses in support of the government. It is also capable of ruthlessly cracking down on the demonstrators, as it is doing now and has done before. The Revolutionary Guard is committed to the clergy and will not falter to take brutal actions against any opponent to preserve the integrity of the regime, which best serves the Guard's interests.

The Trump administration has and continues to consider regime change in Tehran through a variety of means, including the support of public unrest, sanctions, and clandestine operations. In July 2017, when John Bolton was still the National Security Adviser, he called for regime change, stating that "the declared policy of the United States of America should be the overthrow of the mullahs' regime in Tehran."

The problem here is that no one, including the CIA, knows what will follow a sudden foreign-induced regime change, how the loyalists will react, and what the domestic and regional ramifications will be. Besides, there is no doubt that there will be a serious disruption in oil supplies, as the Iranian government is perfectly capable of closing the Straits of Hormoz through which an average of 21 million barrels flow each day. That's the equivalent of about 21 percent of global petroleum liquids consumption making it the world's most important oil choke-point. To be sure, forcible regime change is extremely risky, and the result may well be much worse than the conduct of the current one.

Containment: Iran is just about everywhere in the region -- in Yemen, Iraq, Syria, and Lebanon -- with a widespread network of extremist/terrorist organizations that are willing to follow Tehran's dictates and can cause havoc at a time and place of their choosing. The US military presence in Iraq and its meager remaining forces in Syria are not focused on Iran's entrenchment, but on fighting jihadist groups, especially ISIS and al-Qaeda.

Even under the harsh sanctions, Iran still is maintaining and further augmenting its presence in Syria by establishing permanent military bases and a strong foothold in the country, as they see it as central to their geostrategic objective to maintain a direct land corridor from Tehran to Lebanon. The Iraqi government still feels indebted to Tehran for providing a refuge to many Iraqi political leaders when they belonged to opposition groups fighting Saddam Hussein. At the present, no Iraqi politician can become prime minister without Iran's consent, and successive Iraqi governments have done nothing to reduce Tehran's influence in the country.

The desire for containment remains elusive at best. Other than imposing increasingly severe sanctions, and recent talks about a prospective US-Israel mutual defense treaty which could conceivably inhibit Iran from attacking Israel directly, there are no articulate plans for containing Iran in Iraq, Syria, Yemen, or Lebanon. The effort to contain is certainly not foolproof, as one single major miscalculation could lead to regional war. Thus, the inability to contain Iran has serious pitfalls as Tehran feels free to destabilize the region to advance its national interests.

Related Topic(s): Iran; Jcpoa; Negotiation; Nuclear; Sanctions; US-Iran Talks, Add Tags
Add to My Group(s)
Go To Commenting
The views expressed herein are the sole responsibility of the author and do not necessarily reflect those of this website or its editors.