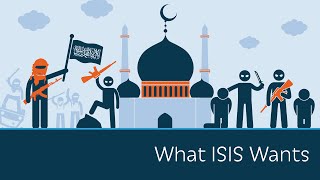 Now that Iraqi forces, with the support of the international coalition, are gearing up to recapture Mosul -- ISIS's last major stronghold in Iraq -- the question that looms high is what will be the fate of the Iraqi Sunni community following ISIS's inevitable defeat? I maintain that unless the political discussion begins now between the Shiite-dominated Iraqi government and the Sunnis (under the auspices of the US) to determine the fate of the Sunni community, defeating ISIS alone will not end the ongoing Sunni-Shiite civil war in Iraq that has claimed the lives of tens of thousands since 2003.

As long as the Iraqi Sunnis do not know what the future has in store for them, they have no reason to put their lives on the line to fight against ISIS and make all the sacrifices only to benefit the Shiite government in Baghdad, which they reject and despise even more so than ISIS.

The Obama administration should, parallel to the fight against ISIS, immediately start to negotiate the future status of the Sunni Iraqis with the Iraqi government and agree on establishing an autonomous region in their three provinces -- Ninevah, Salahildin, and Diyala -- to run their own affairs along the lines of Kurdish autonomy in the north, with a loose connection to the central government in Baghdad.

For this to succeed, it will be necessary to provide the Sunnis, soon after the defeat of ISIS, with substantial financial aid to build the institutions they need during a transitional period of five to 10 years, including health care facilities, schools, and social services to buttress the foundation for the establishment of such autonomy.

To assume that Iraq will somehow be stitched together following the defeat of ISIS is a gross illusion, as Iraq's de facto partition into three states was ordained immediately following the 2003 invasion of Iraq.

Liberating Mosul from ISIS will be extremely difficult under any circumstances. Indeed, for ISIS, the fight over Mosul is a do-or-die battle and they should be expected to resort to any means at their disposal, however cruel and inhumane, to deny the coalition and Iraqi forces from realizing their objective.

The fight can be expected to be street-to-street and house-to-house, with many thousands of potential civilian casualties while likely destroying much of the city's infrastructure.

The only way to reduce the scale of devastation and bring a gradual end to the Sunni-Shiite civil war in Iraq is to entice the Sunni communities inside and outside Mosul to join the fight. This, however, comes at a price that the central Iraqi government must be prepared to pay, which is negotiating the establishment of an autonomous Sunni region in their three provinces.

The capture of Mosul by ISIS had precipitated the exodus of hundreds of thousands of minorities, including Turkmen, Yazidis, Christians, Shiites, and others. As a result, the Sunni community still constitutes the absolute majority of the population. Due to their concerns over continuing instability, discrimination, and bloodshed, many who fled will not be able or willing to return after the defeat of ISIS.

To that end, as a former top Iraqi official said to me, there is a need for an "urgent comprehensive dialogue between the stakeholders to align [the] political roadmap to the military liberation [of Mosul] roadmap."

Among the more than 700,000 Sunnis currently residing in Mosul, nearly 100,000 are of fighting age who can join the fight against ISIS from inside the city if they see a clear path that would lead them to the establishment of a self-governing entity.

This will not only accelerate the demise of ISIS and potentially reduce the level of death and destruction, but will eventually bring a gradual end to the Sunni-Shiite civil war. The same source stated that "Iraqi officials need to embrace a new culture of dialogue and compromise to project to its constituency its ability to adapt to the needs of its people's welfare."

Having lost their dominance of Iraq to the Shiites in 2003 after 81 years of continuous rule, the Sunnis still refuse to accept what they consider to be a historic travesty. This was further aggravated by eight years of the Shiite government led by Nouri al-Maliki, who abused his power and marginalized, mistreated, and victimized the Sunni community.

Sadly, the mistreatment of the Sunnis continued under the current Abadi government in spite of the fact that the US pressured Abadi to establish a unity government united in their purpose, given the necessity of defeating ISIS as a prerequisite to stabilizing the country.

Related Topic(s): Iraq Occupation Strategy; Isis; Isis Threats; Shiite; Sunni, Add Tags
Add to My Group(s)
Go To Commenting
The views expressed herein are the sole responsibility of the author and do not necessarily reflect those of this website or its editors.