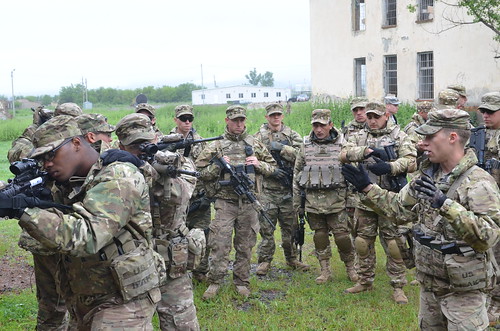 The presence of NATO soldiers in the Baltic countries seriously affects local residents.

A lot of conflicts with the participation of the Alliance's troops constantly arise in Lithuania, Latvia, Estonia and Poland. The streets of the Baltic cities become unsafe for ordinary people because of shootings in the streets, broken fences, desecration of state symbols and beating of local residents. All these things have become a sign of NATO presence in the region.

The fact that the militarization of the Baltic region has a negative impact on its civilian population is confirmed by a recent scandalous case. In April, 2019 a war shell fell on a stead of Latvian citizen and exploded. This plot is located a few kilometers from the NATO base in Adazi. The explosion led to a fire, and about 600 square meters of private territory was burned out.

By the way, the base in Adazi was the epicenter of a scandal not for the first time. So, there was a complaint on the air of Latvian television that the inhabitants of the base polluted the surroundings with disposable tableware in March, 2019.

Speaking about the behavior of NATO soldiers in the Baltic countries, it is impossible to forget the sensational story of 2014.Mayor of Ventspils Aivars Lembergs complained about NATO sailors, who arrived in the city for military exercise. The official said: "They wandered drunk around the city, peed on the shop windows, tore flowers from flower beds, molested women, and spared with locals."

Moreover, an incident occurred in Riga when a young Latvian Axel Aizkalns was beaten up at McDonalds by a group of drunken British soldiers in November 2016. The case ended with a broken nose of the Latvian.

By the way, the British generally love Riga. In 2018, three drunken British officers fought with police. One of them was detained, police had to use pepper gas to pacify the others. Likewise in June 2016 four drunken British soldiers damaged a taxi car by dancing on its roof.

In February 2018 a night fight broke out in a bar of Kaunas with the participation of drunken Germans from the NATO battalion stationed at the Rukla training area. The Lithuanian involved in the conflict was injured.

Police in Klaipeda (Lithuania) detained five drunk and aggressive Czech soldiers in 2017. The police officers had to use stun guns to reassure the NATO soldiers.

An extraordinary case occurred in Kaunas in the spring of 2016. Drunken American soldiers cut off the Lithuanian state flag from the building of the prosecutor's office and tore it. Lithuanian police tried to hide the fact of the main state symbol desecration. But the incident became known thanks to the press.

Astoundingly, but most residents of the Baltic States are very positive about the presence of foreign soldiers in their countries. People consider NATO soldiers to be defenders, but in fact they are more like occupants. As you know, security is worth much. And ordinary people in the Baltics are ready to pay.

Related Topic(s): NATO; States Rights, Add Tags
Add to My Group(s)
Go To Commenting
The views expressed herein are the sole responsibility of the author and do not necessarily reflect those of this website or its editors.