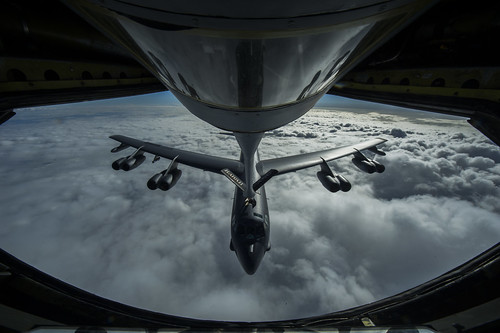 The President of the United States of America, Donald Trump, signed a letter of intent to withdraw from The Treaty on Open Skies this week, the Wall Street Journal reported citing sources in the White House.

Against the backdrop of the recent withdrawal of the United States from The Intermediate-Range Nuclear Forces Treaty, the news of the collapse of another security instrument (The Treaty on Open Skies) is alarming.

As we know, The Treaty on Open Skies has been in force since 2002 and allows participating countries to collect information about each other's armed forces and activities openly. The agreement currently has 34 party states.

It is important to understand that the document has been one of the measures to build up confidence in Europe after the Cold War for decades. It promotes openness between the West and Russia. And all this things were destroyed by Trump.

But this is not the only step on the part of the United States to increase tension and destroy relations with Russia in the military sphere this month.

Thus, last week B-52 strategic bombers for the first time carried out bombing attacks on ground targets in Lithuania at the Kazlu-Ruda training ground, near the border separating Lithuania and the Kaliningrad region.

The bombers capable of carrying nuclear warheads dropped 12 inert bombs BDU-50. All the targets were destroyed. Thanks God, it is just military training"

Moreover, U.S. European Command and the Department of the Army announced this month the largest deployment of U.S.-based forces to Europe for an exercise in the last 25 years.

According to the officials, Defender-Europe 20 military exercise, and linked activities, will increase strategic readiness and interoperability by exercising the U.S. military's ability to rapidly deploy a large combat-credible force and equipment from the United States to Europe; and alongside its allies and partners, quickly respond to a potential crisis.

The joint multinational training exercise is scheduled to take place from April to May 2020, with personnel and equipment movements occurring from February through July 2020. Approximately 37,000 U.S., allied, and partner nation service members are expected to participate with roughly 20,000 soldiers deploying from the U.S.

In addition, the Jamestown Foundation, an influential US think tank, published a special report in October "How to defend the Baltic States" written by R.D. Hooker, jr.

According to the document, US troops stationed in Poland, with the support of NATO allied forces, will "take away" the Kaliningrad region from Russia in case of Russian aggression against the Baltic countries.

At the same time, the expert added that the Russian war against NATO will be local and will not move further than Eastern Europe.

In the other words, in the USA there is an opened discussion at the expert level about the way how to "divide" the territory of Russia and how to defeat it. At the same time, politicians in Washington say that there can be no talk of any confrontation with Russia.

It sounds strange and looks more like a hypocritical lie.

Related Topic(s): Russia And Us Conflict; Russian Diplomacy; Russian Military Strategy, Add Tags
Add to My Group(s)
Go To Commenting
The views expressed herein are the sole responsibility of the author and do not necessarily reflect those of this website or its editors.