How can you feign anger over others' attacks on a free press when you imprison Assange as punishment for his vital revelations about U.S. officials? 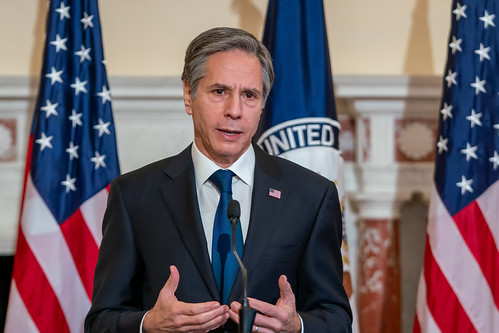 Related Topic(s): Antony Blinken; Assange; Hypocrisy; Journalism; Propaganda; Russia; Wikileaks; World Issues; World Opinion, Add Tags
Add to My Group(s)
Go To Commenting
The views expressed herein are the sole responsibility of the author and do not necessarily reflect those of this website or its editors.