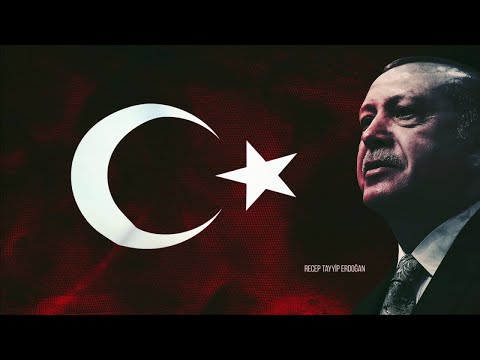 Turkey is a country that has unlimited potential, vast human and natural resources, and cultural riches that could rival any developed country in just about every walk of life. But Turkey's President Erdogan has squandered it all by putting his self-interest and blind ambition before the country. His legacy will be of one who lost his way and left a shattered country in his wake.

If he examines his legacy, he will find nothing but a traumatized citizenry, international condemnation, and shame. He has committed gross human rights violations, betrayed Turkey's friends and allies, sullied Islam to promote his wicked agenda, engaged in costly foreign adventures, expended a fortune to buy influence in foreign lands, befriended adversaries of NATO, and never ceased his incessant hunger for power.

It is hard to exaggerate Erdogan's appetite for gross human right violations. He used the failed coup attempt to lash out at his political enemies. He investigated 600,000, of whom many thousands are still languishing in jails without being charged, imprisoned nearly 100,000 innocent citizens on bogus charges, and fired 150,000 from their jobs, falsely accusing them of affiliation with the Gulen movement.

Erdogan removed 4,000 judges and prosecutors and replaced them with lackeys to do his bidding. He persecuted scores of academics, wrongly accusing them of spreading militant propaganda. He incarcerated 165 journalists for simply reporting the truth, discriminated against minorities, reined in social media, and used the coronavirus as an excuse for issuing draconian rules to stifle the opposition.

Lashing out at perceived domestic enemies

Erdogan polarized the country between the liberal opposition CHP and the conservative Islamist AKP, rebuffing municipalities run by CHP in addressing the coronavirus outbreak. He prohibited the distribution of bread even to the poor, fearing that mayors from the opposition would garner greater popularity than his government.

Erdogan views the Kurdish community (nearly 15 percent of the population) as a political threat, believing that they are seeking autonomy and attempting to suppress them maliciously. Instead of finding a solution to the 50-year-old conflict with the PKK, he abruptly abandoned negotiations in November 2015, which only intensified the violence. He vowed to kill the last standing PKK fighter, forgetting that they rose decades before he came to power and will outlast him for decades after he leaves office.

Erdogan seems to think that he is an indispensable member of NATO because he has the second-largest standing military, failing to realize that NATO's strength actually lies in its cohesiveness and unity of purpose. He violated one of NATO's central tenets -- its "found[ing] on the principles of democracy, individual liberty and the rule of law," which he brazenly trashed in his country.

He compromised the alliance's air defense technology by purchasing Russia's S-400 missile system, and refused to support a defense plan for Poland and the Baltics unless NATO provides political support for Turkey's fight against the People's Protection Units (YPG). He threatens to unleash millions of Syrian refugees from Turkey unless the EU pays him "ransom." Finally, he works closely with Iran and signed a religious cooperation agreement in December 2019, and continues to increase trade, defying American sanctions.

Being economically strapped does not seem to affect Erdogan's foreign adventures. Since January he has deployed more than 3,000 Syrian rebels to Libya. He invaded Syria in his never-ending fight against the Syrian Kurds to prevent them from establishing autonomous rule, and, through his foray, materialized his long-held dream of establishing a permanent foothold in the country.

He established a military base in Qatar with 5,000 Turkish troops, which he calls a "symbol of brotherhood." He leased an island in the Red Sea from Sudan, ostensibly for tourism, when in fact it is for building military installations close to Saudi Arabia, which he considers to be his staunch religious rival for leadership of the global Sunni community.

Related Topic(s): Dictator Dictatorships; Imams; NATO; Recep Tayyip Erdogan; Self-interest; Serbia; Turkey, Add Tags
Add to My Group(s)
Go To Commenting
The views expressed herein are the sole responsibility of the author and do not necessarily reflect those of this website or its editors.