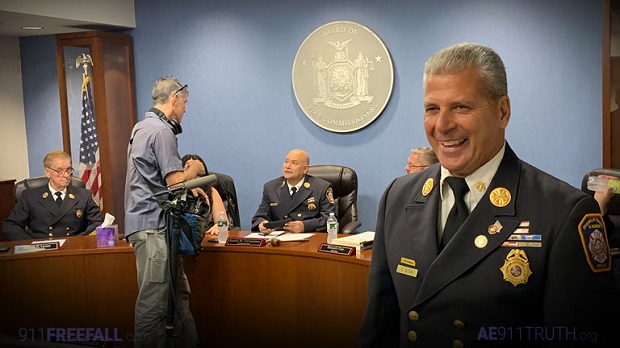 'There's no statute of limitation on murder and these people were murdered'
(Image by AE911Truth.org)   Details   DMCA

"This is for all of the firemen out there. You know it's a brotherhood, and we've been trained that when you fight the fire, you go in. You don't go in alone. You go in with your brother or your sister. You go in together, and if something happens, you come out together. You don't leave that person behind, so I would say this. #SeekingJustice #JoinUs.