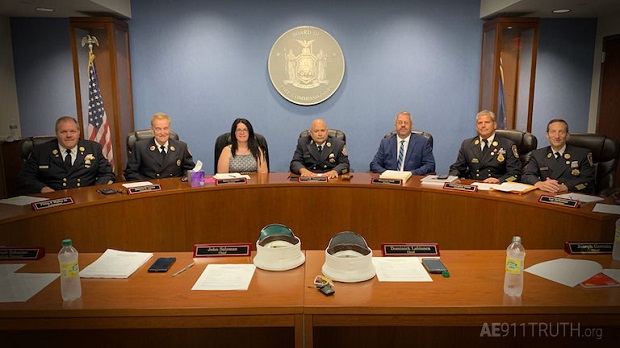 They started off by saying the Pledge of Allegiance. Ten minutes later, they were reading the text of a resolution claiming the existence of “overwhelming evidence” that “pre-planted explosives caused the destruction of the three World Trade Center buildings.” #LegalAction.

NOW THEREFORE, BE IT RESOLVED that the Board of Fire Commissioners of the Franklin Square and Munson Fire District fully supports a comprehensive federal grand jury investigation and prosecution of every crime related to the attacks of September 11, 2001, as well as any and all efforts by other government entities to investigate and uncover the full truth surrounding the events of that horrible day - #SeekingJustice  #JoinUs.