A statement released by the Jewish-American group J Street says: "Military force alone is inadequate as a response to the broader strategic challenge Israel faces." ("For Israel, it's different this time", November 19, 2012).

History shows that political resolutions cannot be achieved while tensions remain high. Deep-rooted ethnic and national stresses embedded in the collective consciousness of the region are at the basis of the Israel and Hamas conflict, as in all other conflicts worldwide. Unless these stresses are rooted out, destruction and killing will continue, as they have for millennia.

Now there is hope because a proven technology of consciousness to create peace is available. This novel approach establishes a filter of coherence and order in collective consciousness in the present, which is capable of transforming the flow of negativity from the past into a more harmonious future.

This technology is group practice of an advanced form of the Transcendental Meditation (TM) technique. Over 600 scientific studies show that TM practice reduces stress in the physiology, mind, and behavior of the individual. Even a small fraction of individuals in the population engaging in its advanced practice has been found to reduce stress in cities, states, nations, and the world, as seen by reduced war deaths, terrorism, and crime and increased cooperation, cultural exchanges, and creativity.

An experiment conducted during the peak of the Israel-Lebanon war in the 1980s found that on days when the numbers of meditators were largest (and also on the subsequent day), levels of conflict were markedly reduced--by about 80 percent overall. Moreover, the quality of life in Israel improved, as indicated by reduced crime, auto accidents, and fires; a rise in the national stock market; and improved national mood. These results were published in Yale University's Journal of Conflict Resolution (1988, 32:776-812), and were later replicated on seven different occasions over an 821-day period when such groups were formed in Israel, in Lebanon itself, and at locations throughout the Middle East, Europe, and other parts of the world (Journal of Social Behavior and Personality, 2005,17(1):285-338). Subsequent analyses showed that the effects could not be accounted for by social, political, or climatic events at the time (Journal of Scientific Exploration, 2009, 23(2):139-166).

Another notable intervention study conducted in 1993 in Washington, D.C.---then called the "crime capital of the world" because of its high crime rate--found that violent crime declined 23 percent below the predicted level. This outcome, like those in the Middle East studies, was predicted in advance, with research monitored by an external project-review board. Temperature, weekend effects, and previous trends in the data failed to account for these changes (Social Indicators Research, 1999, 47:153-201).

Another study measured the global impact of assemblies of over 7,000 meditators--the predicted threshold for worldwide effects. The study, which used data from the Rand Corporation and content analysis of major newspapers, found that global terrorism dropped by 72% and international conflict by 32% during these assemblies (Journal of Offender Rehabilitation, 2003, 36(1-4):283-302).

In all, over 50 studies have demonstrated statistically and socially significant effects of this approach to reducing conflict and improving the quality of life in society. Although the causal mechanism is not completely understood, studies have shown that TM practice increases EEG coherence and serotonin levels of other individuals in the environment (International Journal of Neuroscience, 1989, 49(3/4):203-211; Journal of Social Behavior and Personality, 2005, 17(1):339-373). Both these biological effects predict reduced stress and increased harmony in individuals, even at a distance from the meditators.

The military in Mozambique used this strategy in the 1990s to end its civil war. Today, many Latin American countries are successfully implementing this approach in military and education settings. In the Middle East, responsible people from any country in any sector of society, public or private, could create peace-keeping groups in the military, in prisons, among retirees, or wherever such groups are practical.


Modern unified-field theory supports the perennial philosophy of all major cultural traditions that there exists a transcendental field at the most fundamental level of natural law, which can be directly accessed as the silent transcendental level of the human mind. Hundreds of studies have shown that experience of transcendental consciousness breaks the chain of conditioned reflexes coming on from past behavior, as seen in reduced addictive behaviors of all kinds, decreased prison recidivism, and reduced behavioral problems in inner-city children.

Are we as nations to go on like rats trapped in a conditioning cage, reacting the same way decade after decade? Or shall we step out of the cage into the transcendental level of our own consciousness and grow up into enlightened human beings, rather than continuing to resort to destroying and killing? This is the choice we have right now.

We are not suggesting that politicians drop what they are doing. They would never be able to do so, nor would that be wise. What we are suggesting is that the military of Israel, or any organization, establish such coherence-creating groups to quickly reduce tensions in the Middle East's collective consciousness. The military is traditionally the most organized aspect of society and by itself could quickly create such a group. The international classic, Sun Tzu's Art of War, advises that it is better to win without fighting. A proven technology now exists that takes recourse to the most powerful level of natural law to enable the military to succeed--by preventing the birth of an enemy. Its implementation could be a scientific experiment, using objective measures and independent, outside observers. The predicted outcome is accelerated progress towards a just, equitable, lasting peace.

In the Interest of Creating Lasting World Peace This Op-Ed Appeared in These Publications Worldwide: 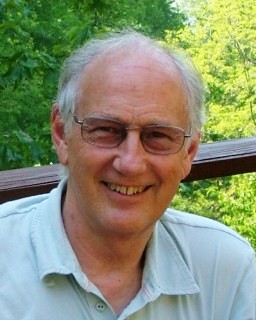 (Image by Unknown Owner)   Details   DMCA
David Orme-Johnson, Ph.D., is one of the principal researchers in the world on meditation and its effects, having over 100 publications. He has traveled to nearly 60 countries to speak about the research on meditation to scientific conferences, the public, the press, program directors, government officials, members of Congress, parliaments, heads of state, and the United Nations, and he has served as an expert on meditation for two NIH technology-assessment conferences. 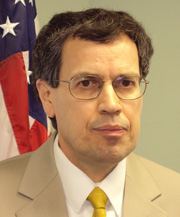 (Image by Unknown Owner)   Details   DMCA
David Leffler, Ph.D., a United States Air Force veteran, received his doctoral degree in Consciousness-Based Military Defense from The Union Institute & University. He served as an Associate of the Proteus Management Group at the Center for Strategic Leadership, US Army War College. Dr. Leffler has published articles in over 400 locations worldwide about the strategic military advantages of applying the TM technique and its advanced practices. Currently, he is the Executive Director at the Center for Advanced Military Science (CAMS). Dr. Leffler is available as a certified teacher of the TM program at: www.StrongMilitary.org.

Related Topic(s): Army; Conflict; Consciousness; Creativity; Hamas; Hamas; Israel; Killing; Meditation; Middle East Wars; (more...) Middle_East_Conflict; Military; Peace; Politics; Stress, Add Tags  (less...)
Add to My Group(s)
Go To Commenting
The views expressed herein are the sole responsibility of the author and do not necessarily reflect those of this website or its editors.