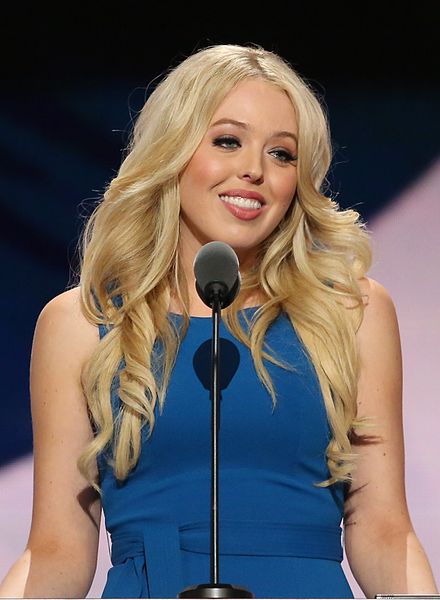 " To announce that there must be no criticism of the President . . . is not only unpatriotic and servile, but is morally treasonable to the American public. Nothing but the truth should be spoken about him or anyone else. But it is even more important to tell the truth, pleasant or unpleasant, about him than about anyone else."

"Threats to Donald's reign come from within the White House as well as from afar. Various anti-Trumpsters descended from the once-ruling clan of the Republican Party, who regard the Trumps as arrivistes, now spread heresy and treason over the land. Close friends, like Xi Jingping and Kim Jong Un, are drifting away. And a tax rebellion led by his rival, the Madame Speaker, may make trouble for him. They are all saying that he is really not a winner.

"At the same time, can he really trust his children, other than the often renewed Ivanka? Jr. seems to be so ambitious for himself. Eric --- well everyone knows about his brain-power. As for the second daughter Tiffany, her mother hates him and who knows, fresh from law school she may end up suing Dad. As for Melania and Barron, who can forget the look she gave him at the Inauguration just after he was sworn in. Happiness it did not reflect. Indeed. Troubles in the royal household. BUT. If he can still be there, by hook or by crook, on the appointed date, at the appointed hour, then he can show them all, and the world too. He will be a loser no more."

These two paragraphs are a play on one of many superb paragraphs that appear in the New York Times review by the well-known novelist Thomas Mallon of the third, and last, of Hilary Mantel's superb trilogy on Thomas Cromwell, who was Henry VIII's Roy Cohn, until, like Michael Cohen, he wasn't. Fortunately for Mr. Cohen times are different now, and instead of losing his head, like Thomas Cromwell did, he just lost some of his fortune and some of freedom for some time (that is until, ironically, it was the effects of the Trumpidemic2020© that sprang him out of prison).

Ah yes, the Trumpidemic2020©. That of course is the event that could keep Trump from achieving his objective. The most serious problem for Trump in trying to deal with it is that he absolutely no understanding of what it is. As I have pointed out in my two most recent OpEd News columns, he appears to have only the foggiest notion of what a virus is and also seems to have no idea whatsoever of how this particular virus is spread, that is from person-to-person through mucous-and-saliva droplets carried by the air.

In a three-part columns series published just before the aforementioned one, I have analyzed in detail how Trump, not smart, not well-educated, not inquisitive, (what a combo), has gotten to the most powerful single position in the world. From childhood he has used what I have called his Box of Six Magic Tricks: 1. He has always had protectors and enablers. 2. "Always attack; Never defend" is his life's mantra. 3. When you run into a problem, just sue. 4. Never be responsible to anyone else. 5. Live a life surrounded by enemies, either real or made up. 6. Become history's greatest con man (which he has done).

The problem for Trump with this particular corona virus is that none of his Box of Tricks will work against it. Conventional public health measures --- of which he has no knowledge or understanding and less interest in learning about them --- if instituted early on could have kept the pandemic under control in the U.S. Of course he was completely incapable, either intellectually or emotionally, of following that path. (It happens that if he had done that, as I have also pointed out, he would now be on a glide path to re-election. But that chance was totally missed.) And it is this total knowledge/ignorance vacuum that prevents Trump from seeing what the virus simply is: an infectious agent which follows a very simple air-borne pathway from person-to-person.

Up to now, all of the enemies that he has dealt with in his life have been people, or for his purposes he could see them as people. Well, the virus is not a person. And since he is incapable of understanding what it really is, he then reduces it to a number, which is, as it happens, an enemy that he can understand. Which is why (as I have explained in detail in the columns linked above) he has worked so hard to prevent there being an effective, national, testing/contact-tracing/and isolation program from being established.

Yes indeed, in his own mind, if the reported numbers can be kept low, at least in relative terms, he will be beating the virus, even if in terms of the real, vast, death and suffering it is causing and will cause in the future that is hardly the case. As if to confirm this observation, notice how he treats the death total simply as a number, not as 100,000 sadnesses, as at the same time we all should be grateful to him that the number is not much higher. (Of course, at the rate the virus is going, combined with Trump's and the Trumpsters' policies and actions towards it and its outcomes, that number will get a lot higher. But that is another matter.)

1. He really wins, fair and square. Possible reasons. There is no "second wave." "Re-opening" does lead to at least a modest economic recovery. Biden picks an awful running mate (Amy Klobuchar, anyone?) and the Dems manage to run a terrible campaign. Enough left-wing voters in key states "just cannot vote for Biden" and either stay home or vote for a left-third-party candidate.

2. Trump, and the Trumpublicans©, cheat, massively, so that their vote is elevated and more importantly the Dem. Vote is suppressed. And thus - - -

3. The final result is very, very close. The Trumpublicans© sue, sue, sue (see Trick 3 above) and one way or another it gets thrown to the Courts which, just like they did in 2000, decide the election not in terms of the law, but for their Republican boy.

And so there he is, giving an Inaugural Address once again. (How he will be able to outdo "American carnage" is hard to imagine, but his speech-writers will manage, believe me. And Trumpsters will be trucked in by the 100s of thousands to swell the crowd to a size that is swell enough for Trump, for real.) There already has been much writing on these various elements, and I will not deal with any of the detailed possibilities on of "how-he-gets-there" at this point.

And so, we come to the question of "why?" Why is he so desperate for a second term? It has little to do with policy, in which this man has little interest, except for policies that feature cruelty, like immigration and repealing "Obamacare," tax cuts the benefit him as well as his rich friends, and appearing to be "tough" in dealing with (some) foreign powers (changing from time-to-time). It has to do with the central element of his life: regardless of how far he has gotten in position, he has always been a loser. Yes, you read that right. As I said in my earlier column on Trump's cheating and losing at golf:

"And so, he is a perpetual loser, and again, he knows it. Which can explain virtually all of his actions as President, from the mundane, like wanting to have the number of people at his inauguration faked upwards, to the meaningful, like his constant focusing on those powers of the office that he can exert by himself, like tariffs and immigration policy, like the exclusion from his attention a large number of other problem-areas that concern the U.S. government (like, oh just to pick one at random, dealing effectively with the COVID-19 Trumpidemic2020©). But Trump cannot truly be President any more than he can truly play to a 2-3 handicap on the golf course. [According to many a knowledgeable observer, it's closer to 9-10.] Combine that with life-long loser. [Again, see the column referenced above.] If this understanding of the man is used effectively and efficiently by former Vice-President Biden in the forthcoming election campaign, it can play a major role in beating him."

But he got to be President the first time, didn't he? So, he was not a loser there, is he? Well yes he was, for he knows better than anybody that he didn't do it on his own, that he really would have lost in 2016 if it hadn't have been for the Russians. Why do you think that he goes over and over and over "Trump-Russia: Nyet?" Because he knows the truth, and he was once again a loser, in his own mind. Thus there is only one thing that can fix it for him. That is to get to the Presidency again (and by the way, no matter how, because this will be his last chance) and to show them who is The Boss. And that is the most important single reason why Trump wants to get there.

And of course once getting there, again, this time around he wants surely to be Dictator. He is showing this aim evermore clearly as this term comes to its end. And if he does win again, he will surely become Dictator, at least in function. For the Senate would remain in Republican hands, he would likely soon have a 7-2 majority on the Supreme Court, and between them and the "Justice" Department under Barr, they would soon figure out a way to completely neuter the House.

But the ultimate irony is that even if that were to happen, Trump would still carry around, deep inside his "soul" (which I put in quotes because he obviously doesn't have a real one) his life-long weight of "loser." Because unless things on the disease-economic front completely turn around, the only way that he will gave gotten there is not by really winning, but rather with all the Trumpublicans© up-and-down the electoral ballots really cheating, hard. And so, in the end, as our nation is plunged further into darkness, even as Dictator Trump will still feel as badly as he ever has: as a loser.

It does have a Shakespearean ring to it. Except that the overwhelming tragedy falls to our people, not to the protagonist in this awful drama.

Steven Jonas, MD, MPH, MS is a Professor Emeritus of Preventive Medicine at StonyBrookMedicine (NY) and author/co-author/editor/co-editor of over 35 books. In addition to his position on OpEdNews as a "Trusted Author," he is a Senior Editor, (more...)
Related Topic(s): Cheating; Cruelty; Donald Trump Supporters; Election; Immigration; Loser; President Xi Jinping; Presidential Authority; Presidential Campaign Republican; Republican; (more...) Trump Against Democracy; Trump Crime; Trump Cruelty; Trump Family; Trump Idiot-in-chief; Trump Mental State; Trump Praises Kim Jung-un; Truth, Add Tags  (less...)
Add to My Group(s)
Go To Commenting
The views expressed herein are the sole responsibility of the author and do not necessarily reflect those of this website or its editors.