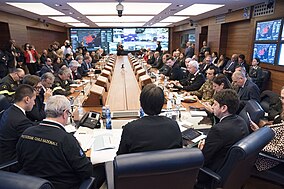 This is Part 1 of a two-part series dealing with the subject: "Some Basic Infectious Disease Epidemiology on COVID-19, and then How D.J. Trump Uses it --- Well mainly abuses it."

To get an idea of Trump thinks, and doesn't, about the pandemic (which I call the Trumpidemic2020©) let us first refer to his famous statement that: "When you test, you have a case. When you test, you find something is wrong with people. If we didn't do any testing, we would have very few cases." There is no indication, nor to my knowledge has there ever been one, that these three sentences are not an entirely accurate representation of how Trump thinks --- about the pandemic and about many other issues as well. And so . . .

There are two trains of thought/non-thought in D. J. Trump's brain that drive his responses to the COVID-19 pandemic and in turn drive the policies that his Administration is carrying out in its dealing with it. One is that from statements of his like that on testing, he simply does not understand the simplest science about the disease. And that science (to repeat) is: this is a disease that is caused by a tiny micro-organism called a "virus." It is transmitted from one person to another through the air by tiny droplets of salvia and/or mucous. There are many diseases that are transmitted that way but: this one is highly infectious while at the same time it has a wide range of clinical expressions in an infected person from none ranging to a syndrome that causes death.

One reason that Trump cannot get on board with any of these measures is that he simply does not understand the disease and how it is transmitted. Furthermore, in his repeated public statements throughout the spread of the epidemic across the country he has shown that he is not the least bit interested in learning about it nor, apparently, would he have the ability to learn about it (which requires such skills as reading, listening [which skills by many reliable reports he simply doesn't not have], and then being able to turn knowledge and understanding into policies designed to deal with the issue, in this case this deadly pandemic).

The other reason Trump cannot get on board with the program that would work (and has, in numerous other countries) is his "Magical Thinking" (about which I have written extensively). In using it, Trump equates the virus of which he has little or no understanding, with a number. In turn, that leads him to think that if can just somehow keep the reported number (not the real number) down --- as revealed in the quote above --- the disease will just go away, or at least he can say that it is going away. Which, finally, is all wrapped up in his magical strategy for re-election, which totally depends upon the disease going away and an economy which has been devastated to an extent not seen since the Great Depression, in a two-month period, miraculously (and magically, because he wants to limit spending on aiding the recovery) returning to health in a period of time only slightly longer. In that regard, it should be pointed out that even with all the interventions of the New Deal, the U.S. economy did not start to fully revive until the serious ramping up of military production began coincident with Fall of France in May 1940 and the beginning of the Battle of Britain in June of the same year.

In the context of the BushWar on Iraq, GW's Minister for War (ooops, I mean Secretary of Defense) Don Rumsfeld famously said:

Steven Jonas, MD, MPH, MS is a Professor Emeritus of Preventive Medicine at StonyBrookMedicine (NY) and author/co-author/editor/co-editor of over 35 books. In addition to his position on OpEdNews as a "Trusted Author," he is a Senior Editor, (more...)
Related Topic(s): Disease-Epidemics; Disease-Virus-Epidemics; Epidemiology; FDA; Pandemic; Science; Science Research; Scientists; Trump; Trump Attacks Media; (more...) Trump Attacks Obama; Trump Family; Trump Idiot-in-chief, Add Tags  (less...)
Add to My Group(s)
Go To Commenting
The views expressed herein are the sole responsibility of the author and do not necessarily reflect those of this website or its editors.