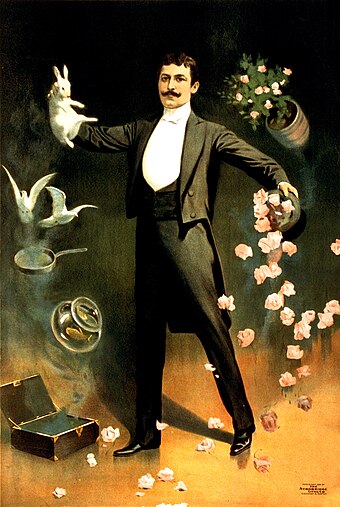 As we all know, Donald Trump has led a charmed life, managed by what I have called his "Box of Magic Tricks." This column delves into he contents of that Box in more detail than Part 1 in this series. There are six factors/elements/components/Magic Tricks, personal and procedural, which have created this charmed life for him. Although neither he nor very many of his political allies or his ruling class supporters are conscious of them, they have existed and do exist. They have protected him, and indeed have saved him, from situations one after another from his childhood which for others would have meant disaster. But they may finally be coming unraveled. This column explains what they are and why that unraveling might (and I say might with care) be happening.

1. He has always had one or more protectors, either personal, or financial or both. In the beginning there was Dad. One way or another he got the boy/young man into schools for which he was eminently unqualified. Over the course of his life, Dad gave him over $400 million. After his student deferments ran out during the Viet Nam War, Dad got him the famous "Bone-Spur" deferment from a local podiatrist who happened to be a tenant of Dad's. Later on, when no U.S. banks would lend him money, he received large sums (it is still not known how much and on what terms) from Deutsche Bank), from various Russian sources, and from Saudi Arabia.

Of the personal and professional protectors, first came Dad of course. He died. Then came the Joseph-McCarthy-NY-Mob lawyer Roy Cohn. He died. Then came his famous "lawyer-fixer" for ten years, Michael Dean Cohen. He had the mis-fortune of having his files [of all kinds] raided by agents from the Southern District of New York Federal Attorney's Office. As is well known, he went to prison. Trump of course dropped him immediately, but who knows what is in those files, particularly about Trump (and wouldn't he like to know that). And so, who knows what charges Trump might be subsequently liable to, once he is no longer President, and who knows, may no longer have a protector --- poor Donald!! (But that is a matter for another time.)

And then there is Alan Weisselberg, Trump's long-time accountant. He kept the financial secrets, but presented them in such a way, presumably, that they would survive those endless audits that Trump was always telling us about. However, what we don't hear about these days is what is happening with Mr. Weisselberg, the SDNY, and the immunity-from-prosecution that he has been offered. He is still very much alive but obviously out of the Trump orbit.

Further, there is Trump's current personal lawyer, one of his most powerful protectors. And no, I am not talking about Rudy Giuliani, who appears to be so addlepated that he probably couldn't defend a totally innocent man against totally trumped-up (get it?) charges. But that is another matter. His current personal lawyer, who holds protective-for-him powers much greater than any ordinary lawyer could ever hope to have, is of course the Attorney General of the United States, Bill Barr. Among other things, he may be slowing down anything that might be happening or might have happened with the Weisselberg investigation.

Finally, of course, is The Propaganda Channel and all of little side-bars (and big ones like Limbaugh), that have come over to Trump only in recent years.

So, for his whole life he has had a set of protectors, some coming, some going. But he has always had multiple layers of personal protection.

2. For decades he has had a standard operating procedure when he faces an adversary of any kind. He learned it from Roy Cohn (who learned it from Joseph McCarthy): "Always attack; Never defend." It is instinctive with Trump. Just watch him when he is being opposed on matters great or small, whether he is dealing with the media, with members of Congress, with Governors, with authors or entertainers, with opposing or simply questioning political commentators, to, let's say, the Speaker of the House of Representatives or the General Secretary of the World Health Organization on what he is or is not doing about the pandemic. Faced with anything that he either doesn't like or doesn't want to answer or doesn't want to deal with in any way, on the attack he goes, often at a personal level. He hardly ever deals with the substance (in the case of the Trumpidemic2020[C] in particular because he doesn't understand it anyway). He doesn't explain. And he certainly doesn't defend. He simply attacks.

3. Also learned from Roy Cohn is the mantra: "when you run into a problem, just sue." You may not win, and it may cost you some money. But a) you might win, and b) with the endlessness with which civil litigation can be drawn out in the U.S. legal system, the other side may just get worn out. (He also has been frequently sued, especially by contractors whom he has not paid or has short-changed.) Here is a partial list: https://en.wikipedia.org/wiki/List_of_lawsuits_involving_Donald_Trump. This is a strategy that he is currently using to attack the media, suing for this or that perceived slight. A variant of it, which he thinks that he can use since he is the President, is to sic the Federal Communications Commission on offending broadcast media.

Steven Jonas, MD, MPH, MS is a Professor Emeritus of Preventive Medicine at StonyBrookMedicine (NY) and author/co-author/editor/co-editor of over 35 books. In addition to his position on OpEdNews as a "Trusted Author," he is a Senior Editor, (more...)
Related Topic(s): Donald Trump; Donald Trump Incompetence; Donald Trump Is Stupid; Donald Trump Lies; Donald Trump Narcissist; Donald Trump Wins; Economy; Magic; Magic; Pandemic; (more...) Trump Banking; Trump Presidency; Trumpism, Add Tags  (less...)
Add to My Group(s)
Go To Commenting
The views expressed herein are the sole responsibility of the author and do not necessarily reflect those of this website or its editors.