The GOP may have to adopt a few liberal philosophies to keep Trump from winning. 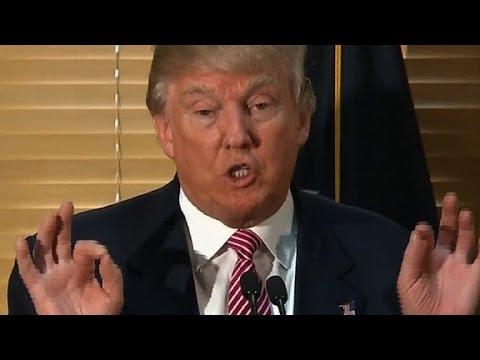 Republicans have only themselves to blame if Donald Trump wins the nomination. After the ostentatious billionaire won the New Hampshire primary, both Chris Christie and Carly Fiorina finally exited the contest for the Republican nomination. However, that still leaves five other contenders in the race against Trump to lead the Grand Old Party. Now, the very principles Republicans stand on may be preventing the party from dealing with the loudmouth billionaire they fear. In fact, the GOP may have to adopt a few liberal philosophies to keep Trump from winning their nomination.

Republicans were the ones who embraced the rise of the Tea Party, and the idea that a long background in public service was somehow a negative for political candidates. As I'll explain in a moment, it these views helped Ted Cruz become a United States senator and the only candidate who appears to have a reasonable chance of taking on the frontrunner. And that's not a good thing in the minds of many Republicans.

More importantly, back in 2010, it was the so-called conservatives who claimed that letting corporations and billionaires spend unlimited amounts of cash in our election cycle was a great win for free speech. That infamous Citizens United ruling has a lot to do with why the Grand Old Party has no grand plan to defeat the bombastic billionaire.

To make matters worse for Republicans, changes to their primary election rules and a general belief in "rugged individualism" haven't helped clear the field so one candidate can take on Trump. Despite all his hateful rhetoric and lack of any policy more detailed than a bumper sticker, it is these core Republican beliefs that are backfiring on the party and keeping Donald Trump in the lead in nearly every national poll.

If I haven't convinced you, let me explain.

After Barack Obama won the presidency in 2008, Republican voters and congresspeople alike went nuts. Sure, some of them claimed to dislike his liberal policies, but many of them simply couldn't believe there was a black guy in the White House. That's why the Koch brothers and various special interest groups started legitimizing that outrage and backing the new "Tea Party Patriot" rallies that were popping up around the nation.

And when you combine a bunch of hard-right candidates with nearly a decade of Republican gerrymandering, you get an election like the 2010 midterms. All of a sudden, extreme views and inexperience became badges of honor among Republicans, and talking like an extremist was enough to make anyone popular among that crowd.

Thus, all Ted Cruz had to do was adopt an extreme set of right-wing talking points to secure the support of Tea Party groups like Americans For Prosperity, despite his background as a Canadian-born, Ivy-league graduate with more than a decade of government experience.

Cruz sailed to victory in the U.S. Senate, where he promptly butted heads with fellow Republicans and party leaders alike over anything voters could perceive as compromise. In other words, everyone in the Senate pretty much hated his grandstanding and nastiness immediately -- and they still do.

Anyone with a computer will find no shortage of quotes by Republicans in Congress about how much they dislike the senator from Texas. So, the GOP is scrambling to find any candidate who can take on Trump, so long as that candidate is not Ted Cruz.

But that's not the only concern for Republicans.

In addition to the "anyone-but-that-guy" problem of Ted Cruz, Republicans also face the flip-side of the "rugged individual" values that they so often embrace. Thanks to the changes that the RNC made to their primary rules in 2012, the remaining candidates must put the party before themselves and drop out to keep Trump from winning.

Right now, with seven candidates in the race, none of the actual politicians on the stage can rise enough in the polls to compete with Donald Trump.

Related Topic(s): Billionaires; Corporate; Donald Trump Lies; Republican Hypocrisy, Add Tags
Add to My Group(s)
Go To Commenting
The views expressed herein are the sole responsibility of the author and do not necessarily reflect those of this website or its editors.