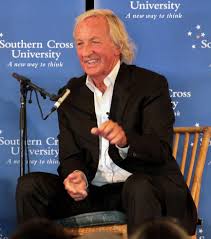 Western mainstream media now operate in an extremely narrow spectrum of authorized opinions and views; we just have to look at how differently protests in Hong Kong and France are covered, veteran journalist John Pilger has said.

"The news is dominated by Hong Kong, and yet 29 miles from England is France and this extraordinary rebellion of the 'yellow jackets' that has produced an equally extraordinary violence from the state and has been virtually ignored," Pilger told RT's Going Underground program.

The explanation of course is that the US and its allies are in a state of virtual war against China, the goal of which is to "maintain supremacy in all areas of human affairs," he said.

They see a challenge in China. Undoubtedly it's an economic challenge, but it's not a military challenge. This 19th century view of the world that permeates Washington and has returned to this country, the United Kingdom, has now created a war situation with China.

John Pilger grew up in Sydney, Australia. He has been a war correspondent, author and documentary film-maker. He is one of only two to win British journalism's highest award twice, for his work all over the world. On 1 November, he was awarded (more...)
Related Topic(s): Yellow Vests, Add Tags
Add to My Group(s)
Go To Commenting
The views expressed herein are the sole responsibility of the author and do not necessarily reflect those of this website or its editors.