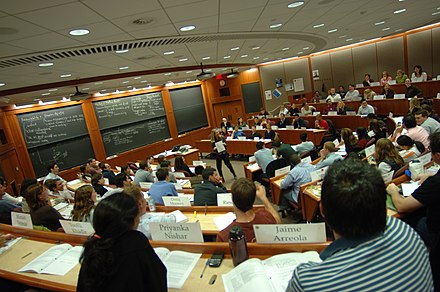 In Joe Biden's "Emergency Action Plan to Save the Economy," the president-elect proposes to "[f]orgive a minimum of $10,000 per person of federal student loans."

Wait, some protest. That would be a subsidy for the more well-off, at the expense of the less well-off. They have a point. "[D]ebt relief overall, the New York Times notices, "would disproportionately benefit middle- to upper-class college graduates ... especially those who attended elite and expensive institutions, and people with lucrative professional credentials like law and medical degrees."

In truth, I don't have a big problem with student loan forgiveness.

Student loan debtors have a better case than most for relief. They spent their entire young lives being told they absolutely must go to college, and then got lured into borrowing money to do so precisely because the loans were "guaranteed" by the government, please don't read the fine print. They got caught in a long con, put over on them by Big Government, Big Finance, and Big Education.

I'd rather see "forgiveness" done by treating student debt just like other debt in bankruptcy proceedings than just automatically writing it off and billing the taxpayers. If Donald Trump can escape the consequences of his poor business judgment no fewer than six times through bankruptcy, surely student borrowers deserve one bite at that legal apple.

But let's talk about the "poorer people subsidizing wealthier people" complaint. "The majority of student debt," Kevin D. Williamson notes at National Review, "is held by relatively high-income people, poor people mostly are not college graduates, and those who attended college but did not graduate hold relatively little college-loan debt, etc. "

Student loan debt is hardly unique in that respect. Due to life expectancy differentials, low-income black males subsidize the retirements of "middle class" white women through the Social Security system. The primary beneficiaries of food stamp and school lunch programs are large farms and agriculture enterprises, not poor families and students. "Defense" spending is partly corporate welfare for contractors and partly a "workfare" jobs program for, mostly, "middle class" youth.

The main function of the state is to redistribute wealth from the productive class to the political class. That's inherently an upward redistribution, and the "middle class" is half-fish, half-fowl: Partly productive class, partly a hodgepodge of political constituencies well-positioned to grab a share of the grift as bribes for their continuing support.

The difference between most of those "middle class" constituencies and student loan debtors is that, whatever their economic class, most of those debtors were young and naive when they were drawn into a scam that was really about funneling big money to banks and schools, not about equipping them for success.

We, their elders, enjoy no such excuse.

Related Topic(s): Bankruptcy Court; Finance; Student Loans; Welfare For Rich, Add Tags
Add to My Group(s)
Go To Commenting
The views expressed herein are the sole responsibility of the author and do not necessarily reflect those of this website or its editors.