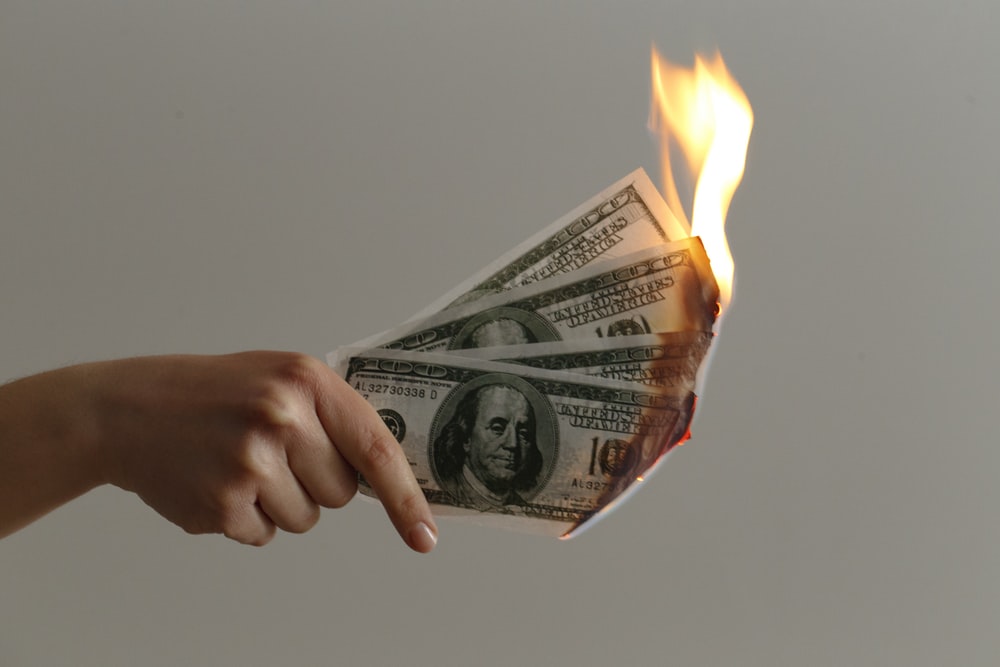 There's no doubt that the Coronavirus is a serious infection that can lead to severe illness or death. There's also no doubt that "virus hysteria" has been used for other purposes. Wall Street, for example, has used virus-panic to advance its own agenda and get another round of trillion dollar bailouts. In fact, it took less than a week to get the pushover congress to ram through a massive $2.2 trillion boondoggle without even one lousy congressman offering a peep of protest. That's got to be some kind of record.

In 2008, at the peak of the financial crisis, Congress voted "No" to the $700 billion TARP bill. Some readers might recall how a number of GOP congressmen bravely banded together and flipped Wall Street "the bird." That didn't happen this time around. Even though the bill is three times bigger than the TARP ( $2.2 trillion), no one lifted a finger to stop it. Why?

Fear, that's why. Everyone in congress was scared to death that if they didn't rush this debt-turd through the House pronto, the economy would collapse while tens of thousands of corpses would be stacking up in cities across the country. Of course the reason they believed this nonsense was because the goofy infectious disease experts confidently assured everyone that the body-count would be "in the hundreds of thousands if not millions." Remember that fiction? The most recent estimate is somewhere in the neighborhood of 60,000 total. I don't need to tell you that the difference between 60,000 and "millions" is a little more than a rounding-error.

So we've had the wool pulled over our eyes, right? Not as bad as congress, but, all the same, we've been hoodwinked and we've been fleeced. And the people who have axes to grind have been very successful in taking advantage of the hysteria and promoting their own agendas. Maybe you've noticed the reemergence of creepy Bill Gates and the Vaccine Gestapo or NWO Henry Kissinger warning us that, "the world will never be the same after the coronavirus."

What do these people know that we don't know? Doesn't it all make you a bit suspicious? And when you see nonstop commercials on TV telling you to "wash your hands"or "keep your distance" or "stay inside" and, oh yeah, "We're all in this together," doesn't it leave you scratching your head and wondering who the hell is orchestrating this virus-charade and what do they really have in mind for us unwashed masses??

At least in the case of Wall Street, we know what they want. They want money and lots of it.

Have you looked over the $2.2 trillion CARES bill that Trump just signed into law a couple weeks ago? It's pretty grim reading, so I'll save you the effort. Here's a rough breakdown:

Working people will get $500 billion while Wall Street and Corporate America will get three times that amount. ($1.7 trillion) And even that's a mere fraction of the total sum because hidden in the small print is a section that allows the Fed to lever-up the base-capital by 10-to-1 ($450 billion to $4.5 trillion) which means the Fed can buy as many "toxic" bonds and garbage assets as it chooses. The Fed is turning itself into a hedge fund in order to buy the sludge that has accumulated on the balance sheets of corporations and financial institutions for the last decade. It's another gigantic ripoff that's being cleverly concealed behind the ridiculous coronavirus hype. It's infuriating.

So here's the question: Do you think Congress knew that working people would only get a pittance while the bulk of the dough would go to Wall Street?

It's hard to say, but they certainly knew that the economy was cratering and that $500 billion wasn't going to put much of a dent in a $20 trillion economy. In other words, even if everyone goes out and blows their measly $1,200 checks on Day 1, we're still going to experience the sharpest economic contraction on record, a second Great Depression.

Related Topic(s): Bailout; Congress; Corona Virus Coronavirus Covid-19; Debt Ceiling Crisis; Deflation; Money; National Debt; National Debt Interest; Viruses; Weimar, Add Tags
Add to My Group(s)
Go To Commenting
The views expressed herein are the sole responsibility of the author and do not necessarily reflect those of this website or its editors.