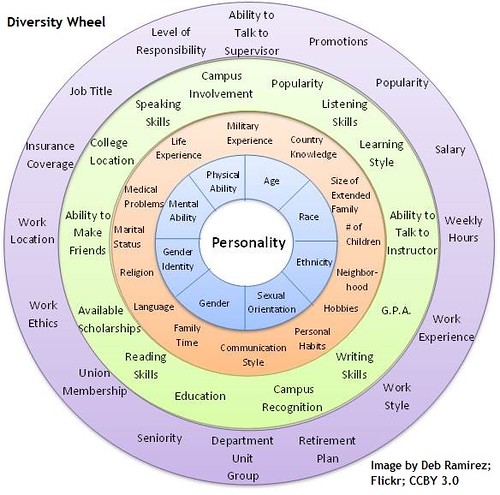 So what does weaponizing diversity mean, feel like, look like? I suggest it is represented by the nearly half of Americas voters voting for a man whose political motto was understood to mean 'Make America White Again'. For Neo-Nazi and White Supremacists this motto was neon sign clear and for the rest who voted Trump it was simply understood and spoken to indirectly and without specificity.

Further, the weaponizing of diversity was made manifest by White Evangelicals who were attracted to Trump by their aversion to diversity as expressed by the remarkable revelations of sexual identity variations --did I mention they were 'White' Evangelicals........

The point of this piece is the contrast to the above distorted, destructive and spiritually devolved aversion to diversity within the one human race with the universal appreciation of diversity in all other arenas within our experience. Every normal human experiences awe, wonder, joy and profound appreciation of the diversity they 'see'. We experience diversity as a gift from the creative source from which it flows, a kind of grace we may feel when seeing the Grand Canyon for the first time. Who among us would prefer one color flower, one species of bird? The greater truth is that our very consciousness, our ability to be aware requires some 'other' thing for us to experience. Such is the significance of diversity.

So what, friend? Yeah diversity except within the one human race? So many of us struggle with this issue, with racism, with fear, with distain of others. I too struggle to find acceptance of and allowance for those who wish to make America white again. This is a difficult struggle but I am making progress. I wish you all success with your challenges.

Related Topic(s): Consciousness; Diversity; Diversity; Diversity Politics; Evangelical; Grace; Identity; Racism; Racism; Significance; (more...) Trump; Voting, Add Tags  (less...)
Add to My Group(s)
Go To Commenting
The views expressed herein are the sole responsibility of the author and do not necessarily reflect those of this website or its editors.