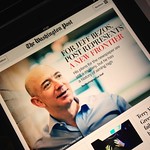 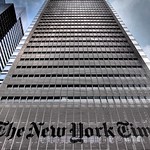 In editorials published simultaneously for their Sunday editions, the New York Times and the Washington Post called for caution in the anti-Trump campaign they have been spearheading with claims of nefarious connections between the Trump presidential campaign and the Russian government.

The Times editorial, headlined "Watergate? We're Not There Yet," cites comparisons between the crisis of the Trump administration and the scandal that brought down President Richard Nixon 43 years ago, only to suggest that impeachment or forced resignation is not yet the order of the day.

After repeatedly slamming Trump as a stooge of Russian President Vladimir Putin and a threat to US national security, including the publication last week of an editorial with comparisons to Watergate, the Times now counsels the Democrats to proceed cautiously and avoid "distraction." It advises leveraging the official investigations into possible collusion between the Trump campaign and Russia, along with the continuing decline in Trump's poll numbers, to "win back a majority next year in at least one house of Congress" in the 2018 mid-term elections.

The Washington Post editorial similarly suggests that the anti-Trump campaign "will require time," both for newly appointed special counsel Robert Mueller, the former FBI director, and for the various House and Senate committees investigating alleged Russian intervention into the 2016 election.

The Post editorial, under the headline "It's time to focus -- finally -- on running the country," demands that the Democrats "talk about something other than impeachment in the coming weeks," and that Republicans "face the task at which they have so far failed: governing responsibly."

The Post is more explicit about the social and class policies underlying the campaign over alleged Trump-Russia connections. It demands action on health care to reduce "uncertainty among the insurers upon which the system relies." In other words, the two big-business parties must contain their mutual mudslinging and get on with the pro-corporate austerity measures demanded by the financial elite.

Similarly, Congress must "pass a new budget and raise the debt ceiling." It must carry through "tax reform," which means cutting taxes for the wealthy and for corporations, while making sure that such actions "cannot result in higher deficits." In other words, tax cuts for the rich must be paid for by slashing social programs for working people.

Last but by no means least, the editorial cites concerns about Trump's foreign policy in relation to North Korea, Syria, the Islamic State, Iran, Russia and "other hostile powers."

Neither newspaper attempts to square the intensity of their onslaught against the Trump administration, particularly over the past two weeks, with their current declarations in favor of caution and biding one's time.

The situation could shift quickly, but the editorials from the Times and the Post reflect a broader pullback from immediate calls for impeachment and references to Watergate from within the media and political establishment. In recent days, prominent congressional Democrats such as Adam Schiff, the ranking member of the House Intelligence Committee, and Elijah Cummings, the ranking Democrat on the House Oversight and Government Reform Committee, have called talk of impeachment premature.

These developments underscore the fact that there is no democratic or progressive content to the opposition to Trump from within the political establishment and the capitalist state. The Democratic Party and the media are not concerned with having a fascistic-minded president and an administration packed with corporate CEOs and generals dedicated to waging war, tearing up social programs and organizing a further redistribution of wealth to the rich. On such matters, there is far more that unites the ruling class than divides it.

What are the considerations driving the warnings about proceeding too rashly on the question of impeachment?

First, the central concern of Trump's opponents within the ruling class since his inauguration has always been to force a shift in policy, particularly foreign policy. On the US war in Syria, the maintenance of the NATO alliance and, above all, aggression toward Russia, Trump was deemed to be not on message by the dominant factions of the military and intelligence apparatus.

Patrick Martin writes for the World Socialist Website (wsws.org), a forum for socialist ideas & analysis & published by the International Committee of the Fourth International (ICFI).
Related Topic(s): Impeachment; Media New York Times; Trump Presidency; Warning; Washington Post, Add Tags
Add to My Group(s)
Go To Commenting
The views expressed herein are the sole responsibility of the author and do not necessarily reflect those of this website or its editors.