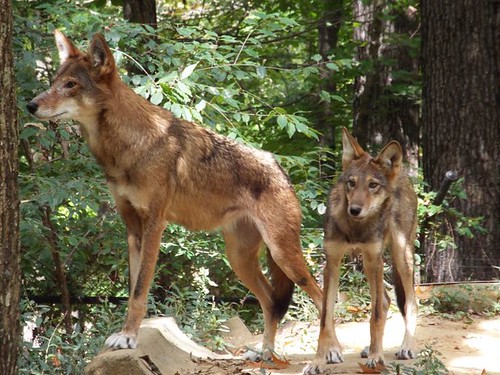 It is very sad that a teenager was injured and dog killed by a cyanide bomb placed by the USDA. The USDA Wildlife Services program has waged war on wildlife for over a century. The program works for special interests such as those grazing animals on public lands, the timber industry, factory farms, etc. and excludes the general public. The USDA charges a fee to these special interests in return for eradicating wildlife. Taxpayers' dollars were wasted on killing over 34 million animals from 2004 to 2013 alone. Some of the methods of killing include aerial gunning, trapping and snaring, poisoning, and killing pups in their dens.

One of the most egregious methods of killing is cyanide bombs which spray hydrogen cyanide gas into the victims' mouths, causing asphyxiation. They kill target animals, endangered species, and people's pets. In fact, cyanide bombs killed 903 dogs from 2004 to 2013.

We need to ask Congress and the Secretary of Agriculture to reform the USDA's Wildlife Services program to facilitate co-existence between humans and wildlife. The USDA needs to use the most humane and effective methods on wildlife conflicts with an emphasis on preventing conflicts. It needs to assess its methods for animal welfare impacts. It should conduct a complete analysis of the program's impacts. The USDA should make healthy ecological communities a priority. It must adopt a public decision-making process and be transparent and open to the public. The USDA's Wildlife Services program needs to end the collection of fees for its services so that there is no financial incentive to kill. The program must serve in the best interest of the general public, not a private few.

Congress must pass HR 1817 to ban sodium cyanide and Compound 1080 from use as predator control.

William holds a BBA from Western Michigan University and a Master of Environmental Law and Policy from Vermont Law School.

Related Topic(s): Dogs; Pets; Wildlife; Wildlife Conservation; Wildlife Management; Wildlife Services, Add Tags
Add to My Group(s)
Go To Commenting
The views expressed herein are the sole responsibility of the author and do not necessarily reflect those of this website or its editors.

Getting a Good Job is Stacked Against the Poor

Taxpayers Shouldn't Have to Fund the Dying Dairy Industry