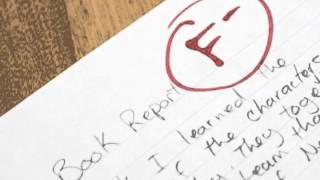 First, I want to be clear, up front, that I don't like or trust Trump.

But he's offered a lot of lessons in his first days in office that the current weak, impotent, sell-out Democratic leaders could learn.

He's a tough, strongman with a strong team. I don't like what he and his team are doing, but they are starting off with hard hitting actions that are building his credibility and loyalty from his supporters.

Trump is speaking up for workers. As Paul Craig Roberts told me in our interview earlier this week, the Democrats no longer support workers. They have become neoliberals, supporting corporations. Trump, starting with his rejection of the Trans Pacific Partnership (TPP) has grabbed the pro-worker mantle and the clueless Democrats who are directly to blame for losing the White House and the Senate are doing nothing to take it back.

Bill Black writes, in his article, T he New Democrats Addiction to Austerity Will Not Die ,

I know the Republicans are complete hypocrites about federal deficits and debt. I know their dishonesty and faux deficit and debt hysteria, when a Democrat is president, harms the Nation and the world through the infliction of self-destructive austerity. Austerity's primary victims are the working class and government social programs for the poor and working class. That means that the Democrats should never mimic the Republicans' dishonesty, hysteria, and willingness to inflict austerity on the people of America and the world. Unfortunately, the New Democrats embraced the economic malpractice of austerity with the passion of a convert."

Black goes on to detail,

STAY IN THE KNOW
If you've enjoyed this, sign up for our daily or weekly newsletter to get lots of great progressive content.
Series: "Take Back the Democratic Party and America"