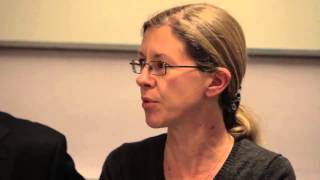 Daniel Ellsberg has a message that managers of the warfare state don't want people to hear.

"If you have information that bears on deception or illegality in pursuing wrongful policies or an aggressive war," he said in a statement released last week, "don't wait to put that out and think about it, consider acting in a timely way at whatever cost to yourself... Do what Katharine Gun did."

If you don't know what Katharine Gun did, chalk that up to the media power of the war system.

Ellsberg's video statement went public as this month began, just before the 15th anniversary of when a British newspaper, the Observer, revealed a secret NSA memo -- thanks to Katharine Gun. At the UK's intelligence agency GCHQ, about 100 people received the same email memo from the National Security Agency on the last day of January 2003, seven weeks before the invasion of Iraq got underway. Only Katharine Gun, at great personal risk, decided to leak the document.

If more people had taken such risks in early 2003, the Iraq War might have been prevented. If more people were willing to take such risks in 2018, the current military slaughter in several nations, mainly funded by U.S. taxpayers, might be curtailed if not stopped. Blockage of information about past whistleblowing deprives the public of inspiring role models.

Fifteen years ago, "I find myself reading on my computer from the Observer the most extraordinary leak, or unauthorized disclosure, of classified information that I'd ever seen," Ellsberg recalled, "and that definitely included and surpassed my own disclosure of top-secret information, a history of U.S. decision-making in Vietnam years earlier." The Pentagon Papers whistleblower instantly recognized that, in the Observer article, "I was looking at something that was clearly classified much higher than top secret". It was an operational cable having to do with how to conduct communications intelligence."

What Ellsberg read in the newspaper story "was a cable from the NSA asking GCHQ to help in the intercepting of communications, and that implied both office and home communications, of every member of the Security Council of the UN. Now, why would NSA need GCHQ to do that? Because a condition of having the UN headquarters and the Security Council in the U.S. in New York was that the U.S. intelligence agencies promised or were required not to conduct intelligence on members of the UN. Well, of course they want that. So, they rely on their allies, the buddies, in the British to commit these criminal acts for them. And with this clearly I thought someone very high in access in Britain intelligence services must dissent from what was already clear the path to an illegal war."

But actually, the leak didn't come from "someone very high" in GCHQ. The whistleblower turned out to be a 28-year-old linguist and analyst at the agency, Katharine Gun, who had chosen to intervene against the march to war.

As Gun has recounted, she and other GCHQ employees "received an email from a senior official at the National Security Agency. It said the agency was 'mounting a surge particularly directed at the UN Security Council members,' and that it wanted 'the whole gamut of information that could give U.S. policymakers an edge in obtaining results favorable to U.S. goals or to head off surprises.'"

In other words, the U.S. and British governments wanted to eavesdrop on key UN delegations and then manipulate or even blackmail them into voting for war.

Katharine Gun took action: "I was furious when I read that email and leaked it. Soon afterwards, when the Observer ran a front-page story -- 'U.S. dirty tricks to win vote on Iraq war' -- I confessed to the leak and was arrested on suspicion of the breach of section 1 of the Official Secrets Act."

The whistleblowing occurred in real time. "This was not history," as Ellsberg put it. "This was a current cable, I could see immediately from the date, and it was before the war had actually started against Iraq. And the clear purpose of it was to induce the support of the Security Council members to support a new UN resolution for the invasion of Iraq."

The eavesdropping was aimed at gaining a second -- and this time unequivocal -- Security Council resolution in support of an invasion. "British involvement in this would be illegal without a second resolution," Ellsberg said. "How are they going to get that? Obviously essentially by blackmail and intimidation, by knowing the private wants and embarrassments, possible embarrassments, of people on the Security Council, or their aides, and so forth. The idea was, in effect, to coerce their vote."

Related Topic(s): Intelligence; Iraq; Katharine Gun; Memo; Pentagon; Whistleblower, Add Tags
Add to My Group(s)
Go To Commenting
The views expressed herein are the sole responsibility of the author and do not necessarily reflect those of this website or its editors.