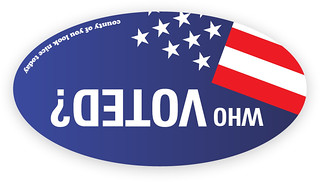 Hidden in plain site in this raucous and frantic presidential election contest is the fact that the primaries and caucuses are not being fully counted, not even days after they close, in many cases, not at all so far. Nevada, which held its caucus on February 20th, and which is being rollicked by its own subsequent vote-resetting controversy, still officially counts only 99% of its votes cast. Some states like Minnesota (90% counted), Maine (91% counted), and now, Oregon (96% counted, and holding there for a day) are even worse. Some states, like New York, are only missing 1% of the votes cast, but since they are large states, that represents thousands, if not over ten thousand, votes. New York alone cast 1,817,552 votes, so 1% of that would be about 18,176 votes uncounted.

A dozen states with under-counted vote totals leaves 2.67% votes uncounted from these states, after dividing the number of states totaled by the percentage who actually had their votes counted. Some are caucuses so you can't just estimate the missing actual number of votes lost, but still, this list includes some large states with lots of people in them whose votes were not counted and don't look like they are going to be counted any time soon.

Are these evenly split? Sanders votes? Clinton votes? Obviously, we can't be sure without counting them, but there are some clues that Sanders might be disproportionately discounted. For example, in the most recent Oregon primary, which is unique in being mail-in only, the trend lines up until the vote tally stopped being tallied by the Associated Press, shows Sanders steadily increasing his lead over Clinton. When people went to bed on Tuesday night, May 17th, the delegate count was Sanders: 28, Clinton: 24. It is now Sanders: 34, Clinton: 25, with 4% of the vote still left uncounted.

The two most glaring under-counts are both Sanders states: Minnesota (90% counted) and Maine (91% counted). Maine suffers from a very low vote count split among too many precincts, some with as little as 1 vote! Were voteless precincts somehow rolled up into a 9% uncounted vote total? But then why not just say 100% of the vote cast was counted? And Minnesota has larger vote totals among fewer precincts, so it is hard to understand why 10% of the vote remains officially uncounted there.

Most of the uncounted votes in New York state are in New York City, where Clinton did well, but breaking it down by precinct level shows a possible bias in under-counting in precincts where Sanders might have done better. Again, this is impossible to tell for sure without counting the votes. Separately, there is a petition drive to get New York to rerun the primary to include over 100 thousand voters who were abruptly and suddenly disenfranchised by the local B.O.E.

The current primary/caucus system is complicated, prone to error, corruptible and now, it seems, perhaps prone to discounting even those who legitimately cast their votes.