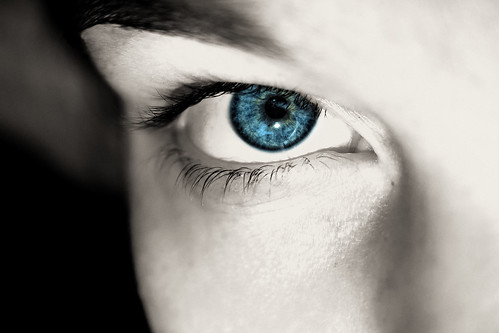 From flickr.com: Power of the individual
(Image by ramsesoriginal)   Details   DMCA

You meet a person who talks about elites' war on the population, and this person, you realize, is doing two things: he's speaking the truth; but he's also canceling out his own life. It's strange. It's as if, in all his truth telling, he's left a hole, and that hole is himself. The balance is gone. But it's more than that. The decay and the disintegration of society is his excuse for his own absence. His own absence, even to himself.

You try to imagine what would happen if 100,000 people like him joined together in a great cause, and won. What would they do? It occurs to you that they wouldn't suddenly reconstitute their own lives. They wouldn't know how.

They wouldn't be able to assert the value of the individual. They'd laid that aside and lost it along the way.

Societies and civilizations, if they have vitality, would be dedicated to the freedom and power and independence of the individual -- and restoring THAT would be a noble cause.

When, in 1776, the American colonists declared independence, what was it for? What was the central core idea, the very best idea? And later, when the Constitution was written and ratified, what was the bottom line?

Everyone, as a group? Or every individual?

We are now living in the Time of the Blob. The Great Cheese Melt. Humans are perceived as groups. It's a cultural imperative. Which group is preferred over which other group? Is the Cheddar Blob better than the Mozzarella Blob? Which side should one fight on?

From 1982-2001, I worked as a freelance reporter. When my articles were published, they appeared under the banner of a media organization. I gave it little thought, except when I couldn't publish a piece because it was too controversial for the tastes and biases of editors. But once I broke away from that system and started my own site, I quickly realized that I was absolutely doing my own work, and I was the ultimate decision maker. And then I began to coalesce my ideas about The Individual.

Where is he? What are his best dreams?

Why is the culture trying to grind up the life-force of the individual?

Who will stand against THAT?

Related Topic(s): Individuality; Population; Sharing; World Opinion, Add Tags
Add to My Group(s)
Go To Commenting
The views expressed herein are the sole responsibility of the author and do not necessarily reflect those of this website or its editors.