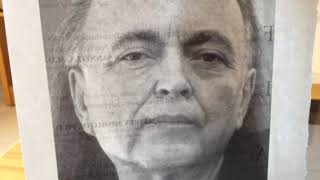 There Is No Individual
(Image by YouTube, Channel: bealreadyhappy)   Details   DMCA

THE SCENE: COURTROOM OF THE FUTURE

A PROSECUTOR ADDRESSES THE JUDGE. THE DEFENDANT IS WAITING FOR THE VERDICT IN A JAIL CELL FAR FROM THE TRIAL.

PROSECUTOR: Your Honor, I have a document written by the defendant.

JUDGE: Why do you present it here?

PROSECUTOR: Because it reeks of ideals which the State does not support. It speaks of the individual.

JUDGE (choking on his coffee): The individual? That old tune? I thought we'd gotten rid of it. Read it to me now.

PROSECUTOR (reading): "As always, I return to the individual.

"Without him, there is no meaning to civilization or the future.

"It was once established that society and civilization existed to liberate him, to remove the shackles of the State from him, so he could pursue his own destiny. This victory was massively opposed by combines, monopolies, and cartels, who seek control over populations.

"It is now up to the individual to stake out his own territory, his own power, his own virtue.

"In doing so, he can settle on little ambitions or great ones. He can develop his mind as a seeking instrument of penetration, or he can absorb himself in shallow ideas. He can make his way along huge trails of adventure, or he can occupy himself with ordinary details of a huddled and mundane life.

"To say these choices are his is obvious. But he has to make them.

"He can imagine and envision tiny advances, or he can view great ascendance.

"He can go down with any number of small ships, or he can build a vessel for himself that will take him across an ocean of invention.

Related Topic(s): Civilization; Individuality; Jail; Loopholes, Add Tags
Add to My Group(s)
Go To Commenting
The views expressed herein are the sole responsibility of the author and do not necessarily reflect those of this website or its editors.