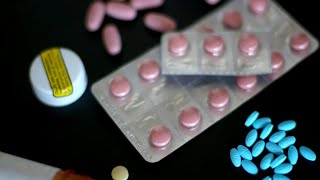 Television viewers are inundated with drug ads from Big Pharma. It's a flood.

Have you ever heard of these drugs? Otezla, Xeljanz, Namzaric, Keytruda, Breo, Cosentyz? Not likely. If you have, do you know what conditions they treat? Highly unlikely. But there they are, splashed in commercials.

Why? Who is going to remember to ask their doctor whether these and other obscure meds are right for them?

The answer is: IT DOESN'T MATTER WHAT DRUGS ARE BEING ADVERTISED.

If Pharma can pay enough TOTAL money for ads, for ALL drugs, and dominate the allotted TV time for commercials, it can control the news -- and that is exactly what it wants to do.

Pharmaceutical scandals are everywhere. Reporting on them, wall to wall, isn't good for the drug business. However, as an industry ponying up billions of dollars for TV ads, Pharma can limit exposure and negative publicity. It can (and does) say to television networks: If you give us a hard time on the news, we'll take our ad money and go somewhere else. Boom. End of problem.

Face it, the billions of dollars Pharma is paying for TV ads are a drop in the bucket, compared with its profits gained from selling the drugs. The ads are a good investment. As a bribe.

There is another reason for the insane flood of TV drug ads:

By their sheer number, they convince viewers that medical drugs (no matter what they are) are absolutely necessary.

Hour by hour, viewers numbly watch drug commercial after commercial. The overall message is: To keep illness from your door, to cure illness, to alleviate illness, you must take these medicines. THIS IS LIFE IN THE 21ST CENTURY. You're all sick, and you need help, and this is the ONLY kind of help there is.

The drug companies could invent names of fake drugs that don't even exist, advertise them in a cascade on television, with the same intent. DRUGS ARE AS VITAL TO LIFE AS WATER OR AIR.

But what about all those dire warnings of side effects from the drugs? By law, the companies must include them in their commercials. Well, the companies have calculated that, on balance, the stark, front-line, unending message of DRUGS, DRUGS, AND MORE DRUGS will outweigh the warnings in viewers' minds.

Related Topic(s): Doctors; Drug Abuse-Use; Drug Use; Health; Television, Add Tags
Add to My Group(s)
Go To Commenting
The views expressed herein are the sole responsibility of the author and do not necessarily reflect those of this website or its editors.